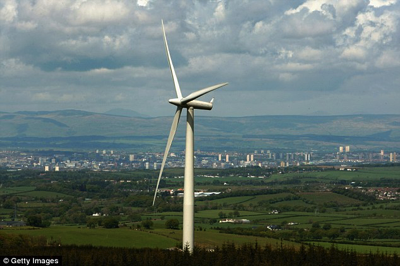 The only way to make wind and solar work is to subsidize it — which means taking money out of our pockets to pay for it.

That’s the opposite of sustainability.

Billions of pounds are handed out by the Government to wind farm and solar energy firms every year, with families and manufacturers picking up the cost. These climate change subsidies add around £110 a year to a household’s average bill.

This help for industry would have the knock-on effect of bringing down household bills, Government sources said.

The move will be seen as another example of the Prime Minister rowing back on David Cameron’s green legacy. Even he got tired of the environmental agenda after a while, telling his ministers in private to ‘get rid of the green crap’.

Via  the UK Daily Mail