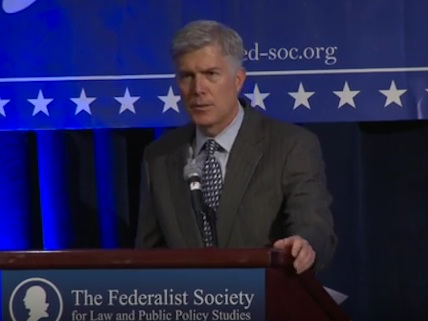 A favorite pick among Christian conservatives, Gorsuch fulfills Trump’s promise to select a judge that evangelicals will “love” and who also stands a solid chance of scoring Senate approval. (Gorsuch’s federal appointment by President George W. Bush in 2006 was uncontroversial.)

“Judge Gorsuch’s combination of intellectual horsepower and work ethic has enabled him to excel academically at the world’s best universities, become a first-rate lawyer and judge, and develop remarkable verbal abilities,” said Robert Pushaw, a constitutional law expert and professor at Pepperdine University School of Law.

Hours before the president’s announcement, Southern Baptist Ethics and Religious Liberty Commission president Russell Moore tweeted that he hoped Trump would select the Denver judge, calling him “brilliant and sound.”

Though Gorsuch has not ruled on Roe v. Wade, he calls for a consistent pro-life ethic surrounding end-of-life issues in his book, The Future of Assisted Suicide and Euthanasia, and is expected to side against abortion.

“As a family ministry concerned with the sanctity of life, marriage, and religious freedom, we are optimistic that Judge Gorsuch will continue to protect our cherished liberties, and earn the entire country’s respect as a member of our nation’s highest court,” said Jim Daly, president of Focus on the Family, in a statement. “It’s our hope that he will follow in the late Justice Scalia’s …