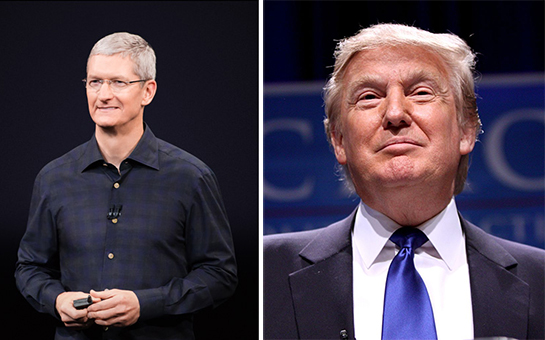 Apple CEO Tim Cook is among a small group of tech leaders who plan to attend President-elect Donald Trump’s reported tech summit at Trump Tower in Manhattan on Wednesday, according to Recode.

Other attendees will allegedly include the CEOs of Google parent company Alphabet, Microsoft, Cisco, IBM, Intel, Oracle, and Tesla. Amazon CEO Jeff Bezos was also invited, and he is likely to attend, the report noted. There could be a few other attendees, as invites reportedly continued to be sent by Trump’s chief of staff Reince Priebus, son-in-law Jared Kushner, and presidential transition team adviser and tech investor Peter Thiel late into the week. A handful of tech leaders have reportedly declined the invitation, as the report noted some of the technology companies and executives disagree with Trump on a myriad of key issues, ranging from encryption to immigration reform.

“Look, this is obviously a circus,” said one person close to the situation. “Everyone in tech just wants to be invisible right now when it comes to this administration, but has to participate since we have done it before.”

In addition, Twitter CEO Jack Dorsey has reportedly sent mixed signals about being invited or not.