We are starting to make progress on educational freedom in Idaho.

Here is the latest. But since it’s from the legacy media, it is very slanted against freedom.

As you know, I’ve been a fan of Arizona’s Empowerment Scholarship Accounts (ESA) which have been ruled by the courts as religiously neutral and can be used by any parent for any education. 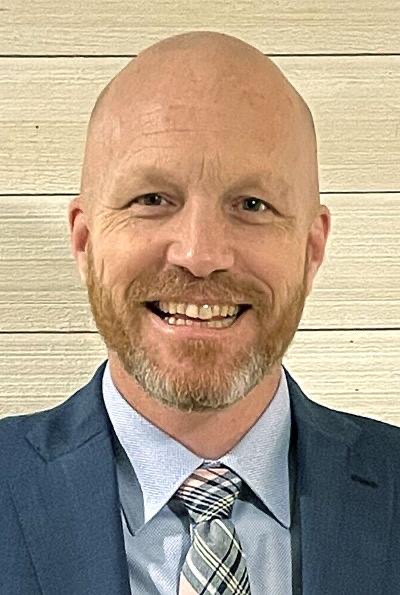 BOISE — The concept known as “school choice,” “school freedom,” or a huge danger to public schools — depending on who is asked — is one of this session’s most hot-button issues.

Lawmakers will be tasked with determining how to properly fund education, and if public money can or should go to private institutions. Freshman Sen. Brian Lenney, R-Nampa, is among a group that will be introducing a new way to accomplish this, through an education savings account that he said is not like previous attempts to further the idea of school choice.

Other groups, of both lawmakers and outside advocates, are doing everything they can to stop public funds from flowing to private schools. The group Reclaim Idaho has been staunchly against state money going outside of public schools, arguing that the state’s public education system needs to be fully funded first.

Which is bogus. We’re spending $14,000/year/child in Moscow for public school pupils. They want more for a failing system?

But the Arizona Supreme Court has ruled that this is not the case at all. Those are religiously neutral.

“A voucher is the government saying, ‘Here, here’s a check for tuition,’ where an education savings account is, ‘We’re going to put money in here and you can use it for all of this stuff,’ ” Lenney said, “so what it does is, it allows you to completely customize your child’s education, whereas a voucher doesn’t do that.” 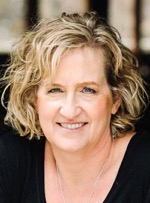 No, a voucher has strings attached. But ESA’s do not — which scares them even more.

He said the plan he and other senators are going to put forward will not cause the widespread issues that critics have warned of. They are proposing to create a state-run education savings account that any parent of a K-12 student could opt into, Lenney said.

The money from the account could be used for nearly any education-related cost, including tutoring, textbooks, technology or private school tuition; Lenney said the group is anticipating it would make available around $5,900 a year per student. The account would be audited regularly, he said, to ensure it’s being used for appropriate costs. They expect the first-year cost to be $19.4 million, he said, which is about 0.6% of current education spending. The total education budget for fiscal year 2023 is about $3.32 billion.

The state last year enacted the “Empowering Parents” program, which allows parents of K-12 students to apply for grants to pay for education-related costs; the program is prioritized for households earning $60,000 a year or less. Gov. Brad Little this year proposed making the program permanent and setting aside $30 million for it.

Lenney said he doesn’t think the program is universal enough, and the savings account would be open to more families.

The savings account would benefit more than students who want to go to private school as well, said Carlson, one of the legislation’s supporters. Her district includes rural communities and many homeschooled children, she said. She homeschooled her four children.

She noted Warren, Idaho, an unincorporated community with an estimated full-time population of between 12 and 16, is in her district. 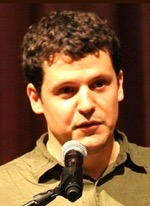 “I don’t even know if there’s any kids there,” she said, “but they would absolutely have to be homeschooled because there’s no other option. There’s people living in the backcountry … they would have no other way. They’re already doing what they can in those rural areas, because they’ve had to figure it out, but this just gives them more options.”

She said she’s also a strong supporter of public schools and previously served as a school board member, but believes not all students are well-suited to public education and believes the money should follow the student.

Reclaim Idaho has made the argument that this type of legislation would hurt rural counties the most. It would transfer tax dollars out of public school funds without providing those communities with any alternatives, Mayville said.

There are 20 counties in Idaho with no private options, he said. Educational savings accounts that don’t prevent funds from being used for private school tuition are a “sleight of hand,” he said, where its supporters point to its other uses, but the “core component” of the legislation still funds private institutions.

Sen. Janie Ward-Engelking, D-Boise, doesn’t see how the proposal would help rural Idahoans. She said many schools in these areas are already under-funded, especially when it comes to the large backlog of facility maintenance the state’s public school system faces.

Lenney said he believes this type of program could improve schools by creating a “free market solution for education.”

“If public schools now have to compete for students and thus obviously the funding that comes with them, they’re either going to get better or they’re going to go out of business,” he said. 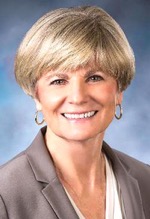 He argues the large increases in education spending over the past couple of years have not resulted in better outcomes.

Data from the state Department of Education shows literacy and math scores did not reach 2022 targets.

With many proponents of school choice arguing that more funding does not necessarily lead to better outcomes, state Superintendent of Public Instruction Debbie Critchfield said there’s more to be done, but investments still need to be made in public education.

“I don’t think there’s anyone who looks at performance and doesn’t see room for improvement,” she said in an emailed statement. “So yes, we can and must do better. That said, with new leadership, vision and energy in Idaho education, there are changes and improvements to make that will yield better results. However, cutting the legs out from under our public schools — by withholding funding — is one way to ensure that we won’t be able to make the improvements we all want to see.”

But they are not proposing withholding funding. If the student is the widget being produced by the government schools, the pricing is based on head-count.

But in the educational-industrial complex, kids are not the product.

Carlson sees this legislation helping students who have already left the public school system, and asked, “Why not help educate them?”

Mayville and Ward-Engelking said that because most school choice programs don’t fully cover private school tuition, they mostly go to wealthier families whose children were already in private schools.

On the first day of this year’s legislative session, the group Idaho Business for Education held a presentation from Chris Lagoni, executive director of the Indiana Small and Rural Schools Association. He gave lawmakers a cautionary tale about Indiana’s experiences with its voucher program and its outcomes.

His presentation also talked about ballooning costs of the program, which was enacted in 2011 with a limited focus on who could apply. However, he said the state’s Legislature continued to expand the program and its costs grew to about $300 million in the 2021-22 school year from where it started at about $70,000.

“One of the messages I’d like to convey is, it’s never enough,” Lagoni said. “Voucher expansion pressure was constant in Indiana.”

Lenney said the presentation wasn’t relevant to the legislation he is proposing. He said comparing the voucher program to his proposed education savings account as well as Indiana to Idaho were “apples to oranges” and “fear mongering.”

Lenney doesn’t anticipate much participation in a potential savings account program the first year, but he doesn’t see the growth of the program as a bad thing.

“If it gained traction and grew and grew and grew, and the percentage was more and more, I think that’s a good thing,” he said. “Because public schools aren’t a good fit for everybody, and when they’re failing academically, we have to do something different because the system is broken.”

Mayville said that, around the country, there’s a pattern of school choice legislation being passed in a small form in its first year and then later being expanded.

He noted Arizona’s educational savings account program, which was recently expanded to include more students; Lenney said his groups’ proposed legislation is modeled after Arizona’s program but tweaked to make it appropriate for Idaho.

An analysis by the Grand Canyon Institute, which calls itself a “centrist think tank,” estimated that with the expansion, Arizona will spend more than $600 million on private school subsidies in the 2022-2023 school year.

“Even if a program’s costs were small in the first year, it’s likely that legislators are going to come back a year later and expand the program so it gradually becomes more and more expensive,” Mayville said.

Carlson does not see the costs growing significantly under the senators’ proposal.

“We’re spending quite a lot of money per student,” she said, “and what we’re considering is not nearly what Idaho is spending per student.”

Ward-Engelking sees the biggest issue with any type of school choice legislation is the state’s Constitution, which requires a requires a uniform system of free public education. Taking money away from that system and putting it toward private education would hurt the schools, she said.

If schools lose some students to private schools, those districts would lose funding, but the fixed costs of running a school remain in place, she said.

She also doesn’t want to see taxpayer money going toward schools with no public oversight. The state has no say in private school curriculum and no quality control, she said.

While the proponents of the savings account legislation say that its estimated $19.4 million price tag is too small of a portion of the educational funding pie to really make a difference, Ward-Engelking said any amount is unacceptable.

“As far as I’m concerned, any amount of money that goes in that direction is inappropriate,” she said.

She said she would be surprised if the proposed legislation has enough votes to pass, but doesn’t think this will be the last time the topic comes up this session.

Guido covers Idaho politics for the Lewiston Tribune, Moscow-Pullman Daily News and Idaho Press of Nampa. She may be contacted at lguido@idahopress.com and can be found on Twitter @EyeOnBoiseGuido.

Via the Idaho Press.