Both campaigns shared the same airport in North Carolina while campaigning today, and the latest polls show a tightening race, although Clinton is still favored to win. 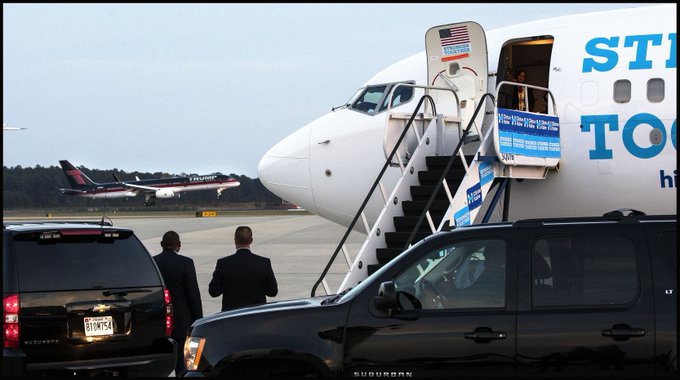 Nose to nose, the @realDonaldTrump plane lands behind the @HillaryClinton in Raleigh NC.

Florida, North Carolina and Nevada are pretty much toss-ups while Arizona and Ohio have inched towards Trump.

Clinton may have her issues with getting African-Americans out to vote, but a new poll shows she’s reaching Obama-levels of support with Hispanics in Florida. Sixty percent of Hispanics support Clinton in Florida according to a new Univision Poll.

“If Hillary Clinton goes on to win the state of Florida — and with that, the presidency — she will owe a huge debt to historic support by Hispanics,” said Fernand Amandi, a Democrat of Bendixen & Amandi International, which conducted the survey along with the Tarrance Group, a Republican firm.