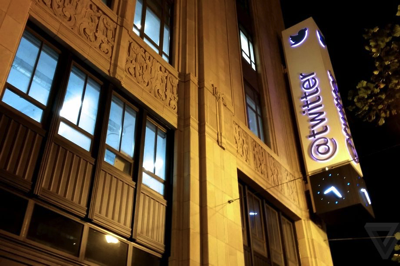 The FBI has hired Dataminr to search for illegal activity on Twitter. Dataminr can search through Twitter data in near real time with customizable filters.

The FBI has a new view into what’s happening on Twitter. Last week, the bureau hired Dataminr, a Twitter-linked analytics firm, to provide an “advanced alerting tool” to over 200 users. Twitter owns a 5 percent stake in Dataminr and provides it with exclusive access to the full “firehose” of live tweets, making it a valuable resource for anyone looking for illegal activity on the service.

“Twitter is used extensively by terrorist organizations and other criminals to communicate, recruit, and raise funds for illegal activity,” the FBI wrote in a contracting document. “With increased use of Twitter by subjects of FBI investigations, it is critical to obtain a service which will allow the FBI to identify relevant information from Twitter in a timely fashion.”

In order to identify that information, Dataminr agreed to provide its tool “to search the complete Twitter firehose, in near-real time, with customizable filters.”

However, the FBI contract seems to violate a key clause in Twitter’s Developer Agreement, which specifically forbids using the provided data to “investigate, track or surveil Twitter’s users.” In practice, that has often meant banning third-party companies found to be reselling data.

Earlier this year, Twitter revoked API access to a tool called Geofeedia, citing the same clause in the Developer agreement, after a reports showed the tool had been used by police to target protestors in Baltimore. Facebook was also a Geofeedia customer, and used it to catch an intruder in Mark Zuckerberg’s office.

This isn’t the first time Dataminr has run up against Twitter’s anti-surveillance clause. In May, Twitter revoked CIA access to Dataminr, a move that was taken as part of a larger ban on US intelligence agencies using the product. “Data is largely public,” Twitter said in a statement at the time, “and the U.S. government may review public accounts on its own, like any user could.”

The Verge has asked Twitter to clarify whether the FBI constitutes a similar violation of the developer agreement. The company did not immediately respond.