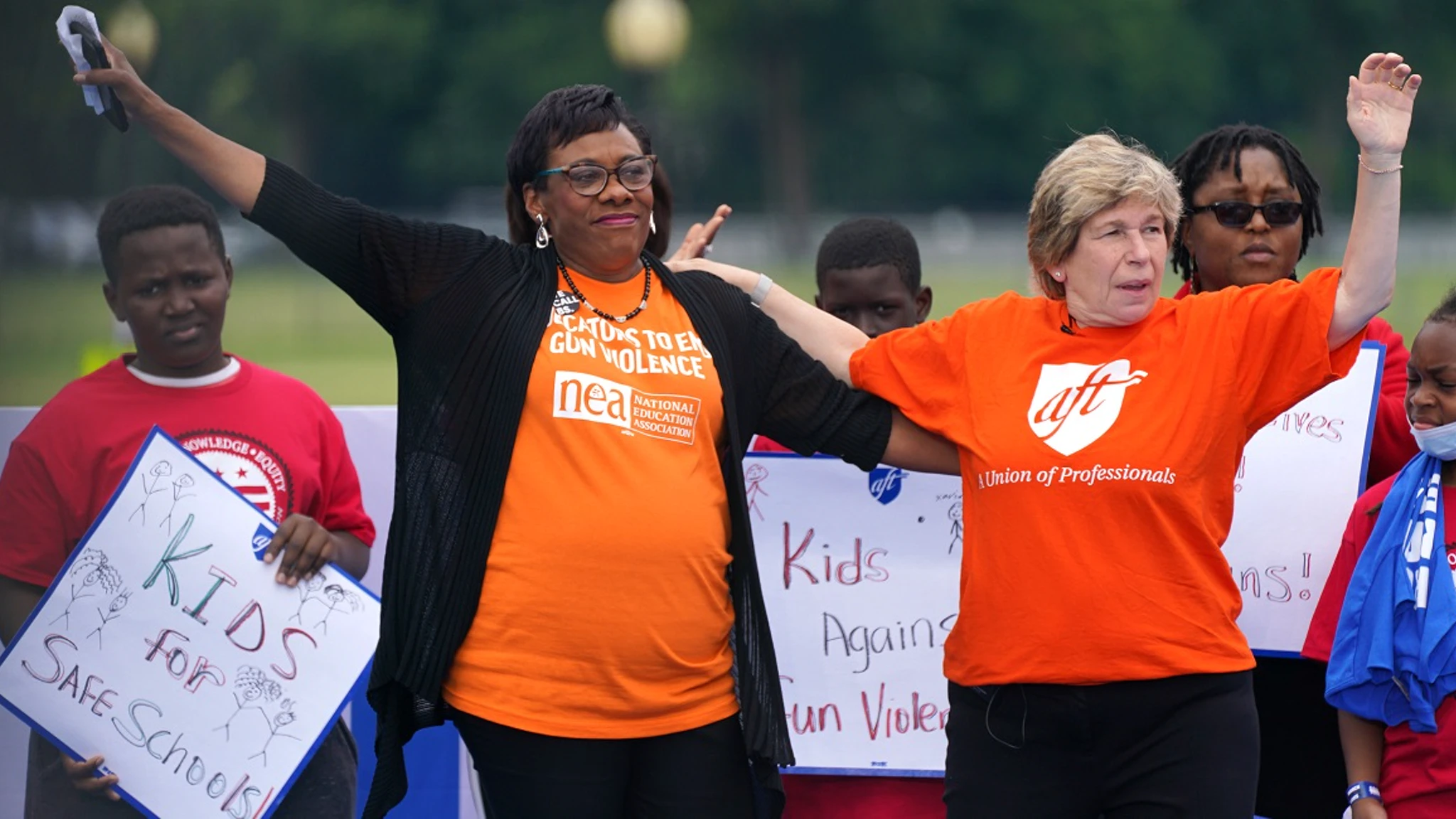 The National Education Association’s (NEA) annual conference is underway, and the teachers union is voting on calling for a national policy of mandatory masking, creating an enemies list, and rejecting the words “mother” and “father.”

The Chicago conference is chock-full of woke agenda items and progressive language involving issues that would seem to have little to do with the proper education of the nation’s children. The unabashedly leftist organization doesn’t even seem to recognize its own heterosexual male membership, at least according to one measure in circulation.

“NEA is a social justice union that is a majority female and trans and gender non-confirming folx,” one New Business Initiative (NBI) says, calling to “publicly stand in defense of abortion” and calling abortion limits an attack on “students, families, and communities.”

Another calls for “a national policy of mandatory masking and COVID vaccines in schools, as well as high-quality virtual education for immuno-compromised students and all families who want it.”

A third says the NEA will publicize its commitment to “young people’s right to learn about and develop their own sexual orientation and gender identity.”

One initiative calls for spending $140,000 on opposition research about the “largest 25 organizations that are actively working to diminish a students’ [sic] right to honesty in education, freedom of sexual identify [sic], and teacher autonomy.”