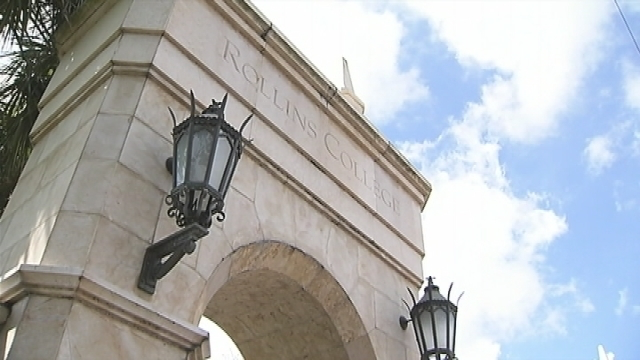 Rollins College lacrosse player is suing the school for anti-male bias after he was suspended for sexually assaulting a female student. He says she assaulted him.

WINTER PARK, Fla. – A Rollins College lacrosse player who was suspended over allegations of sexual assault has sued the school, claiming that the investigative process was so “anti-male” that he never had a chance to prove his innocence.

The student, identified only as John Doe in the lawsuit filed Wednesday in federal court, was a freshman at Rollins College during the 2015-16 school year.

The student claims a female classmate sexually assaulted him during a Jan. 18 encounter, but she claims it was him who assaulted her, the lawsuit said.

Both made reports to Rollins College but Doe claims the school ignored his report and fully prosecuted hers, the lawsuit said.

Doe also claims that the person in charge of the investigation was also part of the group that determined his punishment, and the person investigating the allegations against him wasn’t properly trained, misrepresented witness statements and “excluded critical evidence favorable to John Doe,” the lawsuit said.

By doing that, she was “effectively directing the hearing board to reach the foregone conclusion that John Doe was responsible for the misconduct alleged,” the suit said.

Doe’s lawsuit claims that the system was set up so that he had to prove his innocence instead of the school proving his guilt.

“Rollins demonstrated a presumption of guilt against John Doe as the male accused when it overlooked potentially exculpatory evidence, accepted complainant’s contradictory and inconsistent statements and made baseless assessments of credibility,” the lawsuit said.

“Rollins’ legitimate goal of preventing sexual assault is not the issue in, nor is it the basis for, this complaint,” the lawsuit said. “Rather, this complaint addresses Rollins’ unlawful and/or gender-biased treatment of innocent male students like John Doe via sexual misconduct proceedings that afford females unconstitutional preferential treatment.”