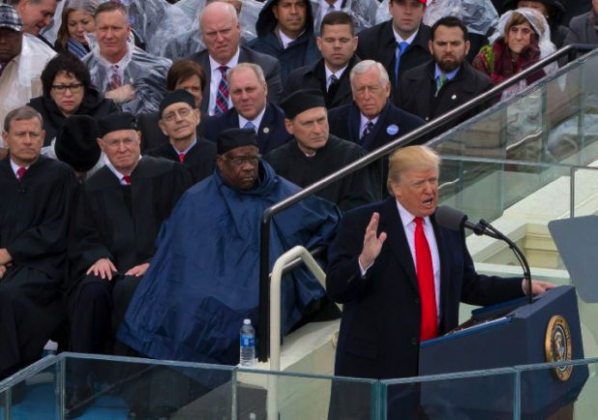 I have a real hard time with professors taking tax-payer money and giving students time off to protest the government. Back to biting the hand that feeds them. Campus Reform reports:

Several professors at the University of California, Irvine encouraged their students to skip classes Friday to protest President Trump’s inauguration.

In an email obtained by Campus Reform, for example, UC-Irvine English professor Rebecca Sacks informs students that “to accommodate those participating in the Walkout,” she would not hold class on Inauguration Day, and would instead email them an activity to complete over the weekend.

“The Walkout is an action that embraces solidarity and resistance,” Sacks asserted, adding, “I’m attaching a flyer which has more details.”

Another professor emailed students with permission to use a “make-up” for their Friday lab class in order to take part in the protests, saying, “I want to make it clear that I completely support (and encourage) the rights of students to be politically active and protest, both in cases where I agree AND in cases where I disagree.”

In this case, it seems the professor did agree with the inauguration protest, concluding the email with, “If you see me at a protest Friday or Saturday, feel free to say hi.”

The walkout only ended up attracting about 100 students due to heavy rain, but those who did show up were vocal in their disdain for Trump, carrying signs that said, “Fuck Amerikkka” and “No to fascism” while parading around campus for over an hour in the rain.