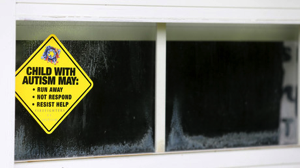 Though the exact cause of autism remains unknown, scientists may have they have uncovered hundreds of genetic leads that may help them solve the problem. They used algorithms similar to what Facebook uses to find friends.

The study, published August 1 in the journal Nature Neuroscience, from Princeton University and Simons Foundation researchers could revolutionize future research into the spectrum disorder. It is breaking ground when it comes to learning about the genetics involved in autism. By developing a machine-learning program, they searched the entire human genome to begin finding leads in the genes that are responsible for the developmental disorder.

Autism is a mysterious and difficult disorder that can manifest itself in a myriad of ways, ranging from social awkwardness to the inability to be self-sufficient. Prior to the study, there were only 65 autism-risk genes known.

Now, researchers estimate that, “400 to 1,000 genes underpin the complex neurodevelopmental disorder,” many of which were never studied in connection to Autism Spectrum Disorder, according to a press release. However, there could be a total of 2,500 genes that researchers believe contribute to autism.

Arjun Krishnan, an associate research scholar at Princeton’s Lewis-Sigler Institute for Integrative Genomics, said in the statement: “Geneticists can now focus on the top-ranked autism-risk gene predictions from our machine-learning program, both to direct future genome sequencing studies and to prioritize individual genes for experimental studies.”

While finding 2,500 genes that may contribute to autism may not sound particularly impressive, it is worth noting that the human body has some 25,000 genes. Therefore, this study has narrowed down the genes that contribute to this disorder to 10 percent of the total genes. In addition, given the incredibly complicated the brain circuitry is, investigators were able to look at a vast array of connections in genes that handle brain function.

Krishnan told Voice of America that their system was similar to Facebook’s algorithm, saying “if Facebook wanted to find out who your friends are and wanted to suggest a friend for you, what they would do is find out who your friends are and then find out other people who are friends with those same people.” Adding, “So that’s how they give you suggestions of new friends you might know. We used a very, very similar strategy.“

The similarity between genes that function with the brain and the number of genes that may be involved in autism could explain the reason why some with autism display it through mild social awkwardness while others are completely non-verbal.