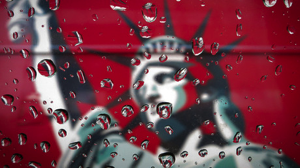 That’s a pretty slim margin. But let’s fill in the gaps: only 30% claimed Obama had succeeded in thwarting domestic terrorist attacks and 15% said they had witnessed no change regarding the matter.

The majority of Americans – 51% – feel that President Barack Obama’s conduct has made the nation less safe from domestic terrorism, according to a recent national security poll.