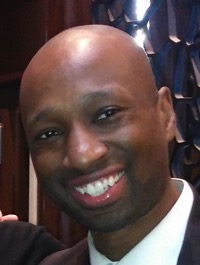 We’ll see how long this lasts.

In an age when lawmakers have convinced most Americans to pay their taxes “or else,” Libertarian activist Gary St. Fleur, founder of Save Scranton, is stirring taxpayer dissent. He convinced more than 60 brave business leaders in the small Pennsylvania city to sign a petition declaring their refusal to pay the town’s Business Privilege Tax.

The tax requires retailers, wholesalers and other service providers to pay three percent of their gross receipts to the town. A number of local businesses had already stopped paying the tax for being unfair and punitive. They are frustrated by the red tape and “under-the-table dealings” needed to ensure their business survival in the notoriously corrupt city.

The petition states, “The undersigned individuals do hereby declare and attest that each will no longer remit payment to William Fox, Collector of Taxes for the City of Scranton for the Business Privilege Tax.”

According to a Save Scranton press release, “Taxpayers have strenuously voiced their concern that the burden of the city’s fiscal instability is being placed on their own shoulders.”

The city’s budget, as well as proceeds from its borrowing, are primarily marked for government employee compensation, including city worker pensions and disability payments.

The SaveScranton mission statement says, “We will not wait for the government to change things. The people of Scranton will determine the future of Scranton. Together we will Save Scranton.