My family has been discussing how Disney is going to rewrite Episode 8 to tactfully remove Gen. Leia Organa from the script. 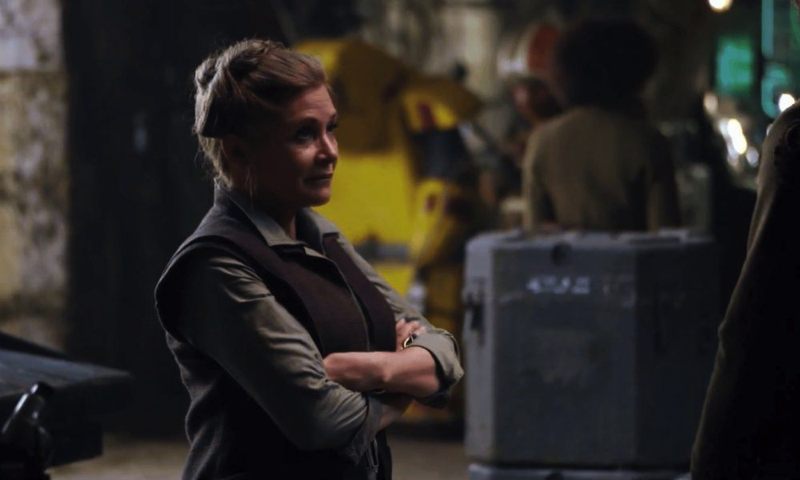 Hopefully this is not too soon after Carrie Fisher’s death so as to be tastless.

CORUSCANT – Resistance leaders have officially confirmed the death of Gen. Leia Organa, hero of the Galactic Civil War, who died of heart-related complications on Tuesday. She was 60 years old.

Organa, whose career included membership in the Royal Houses of Alderaan and Naboo, as well as the Republic and later Imperial Senate, was the second woman to hold a high-ranking position in the Rebellion following Adm. Michelle Howard.

A statement released by the Resistance described Organa as, “A consummate professional and role model for all warriors, particularly women. She set a high bar for grooming standards, maintaining not one but two flawless buns that held fast in all tactical situations.”

Press officials from the First Order were quick to issue their own statement claiming Organa was an “unrepentant terrorist” who “personally murdered” dozens of Imperial soldiers as well as a local Hutt official on Tatooine, and had also participated in the theft and unauthorized distribution of classified Imperial documents on her private R2 server.

“For over four decades, Leia Organa has been the Rebel Alliance’s leader and symbol,” said First Order press secretary Peter Cook. “She has continued to plot attacks against our Empire and our friends and allies. Her death, along with traitors Adm. Akbar and R2-D2, marks the most significant achievement to date in our effort to defeat the rebel scum.”

Organa was the veteran of several battles, including Yavin, Hoth, Endor (where she was wounded in action), and Takodana. She was captured twice by the Empire and subjected to both enhanced interrogation and a tragic Life Day celebration.

Though victorious in the early days of the war, the subsequent 30 years of her career were relatively undocumented, and she had only recently been promoted to lead the Resistance. Though some worried her leadership guaranteed at least another decade of war, supporters complained that critics were often more concerned with her weight and personal appearance.

Her private life was marred by her failed marriage to the late Gen. Han Solo, as well as questions about her mental health, personal drug use, and the exact nature of her relationship with her brother Luke Skywalker.

Many younger citizens of the galaxy seemed apathetic, claiming Organa was just one of several high-ranking leaders who were still inexplicably running the galaxy decades after they should have retired.

“In the galactic scheme of things, what did she really do?” said MC-1775, a Stormtrooper conducting a foot patrol in downtown Mos Eisley. “Seriously, because it seems every few years all the official histories change, so I don’t even know if she’s the one who stole the Death Star plans anymore.”

His counterpart AF-1947 added, “I wasn’t even born when the Rebels blew up the Death Star. All that is ancient history. It might as well have happened a long time ago, in a galaxy, far, far, away.”

Organa is survived by her brother Luke and [spoiler alert] son Ben.