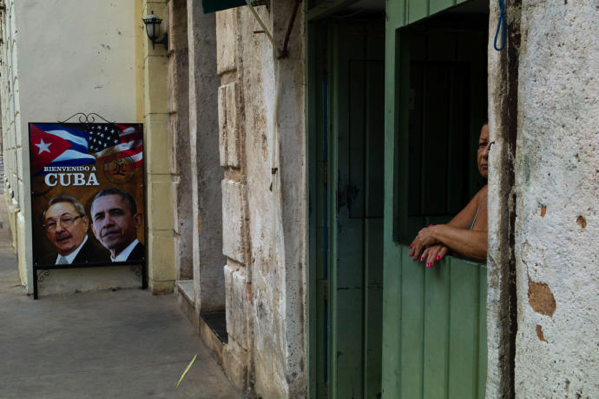 Through executive action, Obama eliminates the “wet foot, dry foot” policy that has applied to Cuban citizens entering the US. Under the law, any Cuban who reached American soil was allowed to stay and seek citizenship.

On Thursday, President Obama announced that he was scrapping the long-standing policy by which Cuban migrants arriving at U.S. borders were granted automatic access to the country, and eventual permanent-resident status. The measure, which had immediate effect, was in keeping with a dramatic series of executive actions that Obama has taken to solidify as many of his policies as possible, or to at least hinder their reversal by Donald Trump. The end of open-door entry to the United States for Cubans, called “wet foot, dry foot,” is intended both as a buttress to Obama’s historic rapprochement with Cuba—which Trump has recently threatened to tear up—and as a brake on the surge of Cubans flooding into the United States since a restoration of diplomatic relations was announced, in December, 2014.

Last year, around fifty thousand Cubans entered the United States, a significant increase over the 2015 numbers, which, in turn, rose by eighty per cent over the year before. The numbers were driven up by anticipation of a change in the law. Bill Clinton had pushed “wet foot, dry foot” through after the “rafters crisis” of the nineteen-nineties saw a chaotic exodus of Cubans, a number of whom drowned during the crossing. Under the policy he introduced, those Cubans apprehended by the U.S. Coast Guard at sea would be deported back to Cuba, but the U.S. would accept those who made it to American shores.

From the moment Cuba’s leader, Raúl Castro, and Obama announced their breakthrough, a majority of Cubans deduced that if normalization was under way, the Cuban favoritism of “wet foot, dry foot” would also end, and they were right. The policy had become a major source of grievance for the Cuban government because it stimulated emigration, compounding the brain-drain problem poor countries like Cuba have always had. (On Thursday, Obama also shelved a special program offering fast-track U.S. residency to Cuban medical professionals.) Critics of Obama’s Cuba opening slammed his latest move; Senator Bob Menendez, of New Jersey, a Cuban-American, said that it would “only serve to tighten the noose the Cuban regime has around the necks of its own people.” But Obama’s foreign-policy adviser and personal Cuba overseer, Ben Rhodes, defended the move, arguing that most of the Cubans arriving were not political refugees as in years past but economic migrants, and that the U.S. recognized that Cuba’s future progress depended upon it retaining “a young, dynamic population.”

The end of the open door to Cubans should also help curtail a gruesome people-trafficking network that, over the past two years, has bled tens of thousands of Cubans of what little money they have in order to make it to the United States. Many of the migrants have sold their homes to obtain the cash to pay the traffickers who smuggle them through different countries before they reach the United States. One of the networks funnels people through a Mafia-controlled section of Colombia on an arduous and dangerous trek, sometimes lasting as much as three weeks, through the Darién jungle into Panama. Numerous Cubans, as well as other nationalities, have been robbed, raped, and killed along the way. In Mexico, an unavoidable part of any overland journey to the U.S. border from the south, Cubans fall prey to traffickers linked to the violent drug gangs there, at times with corrupt police involvement.