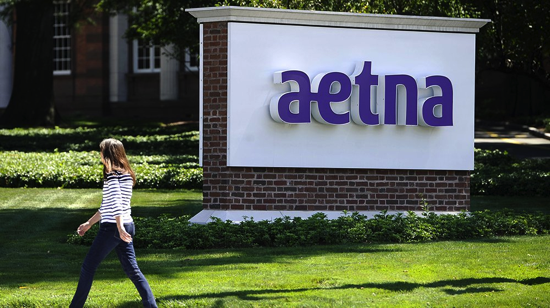 This really was a no-brainer. Socialism predictably fails  in just such places.

Aetna’s decision to abandon its ObamaCare expansion plans and rethink its participation altogether came as a surprise to many. It shouldn’t have. Everything that’s happened now was predicted by the law’s critics years ago.

Aetna CEO Mark Bertolini said that this was supposed to be a break-even year for its ObamaCare business. Instead, the company has already lost $200 million, which it expect that to hit $320 million before the year it out. He said the company was abandoning plans to expand into five other states and is reviewing whether to stay in the 15 states where Aetna (AET) current sells ObamaCare plans.

Aetna’s announcement follows UnitedHealth Group’s (UNH) decision to leave most ObamaCare markets, Humana’s (HUM) decision to drop out of some, Blue Cross Blue Shield’s announcement that it was quitting the individual market in Minnesota, and the failure of most of the 23 government-created insurance co-ops. And it follows news that insurance companies are putting in for double-digit rate hikes that in some cases top 60%, and news that the Congressional Budget Office has sharply downgraded its long-term enrollment forecast for the exchanges.

Who could have envisioned such problems? Not ObamaCare backers. They were endlessly promising that the law would create vibrant, highly competitive markets that would lower the cost of insurance.

Critics, however, were spot on. They said that, despite the individual mandate, ObamaCare wouldn’t attract enough young and healthy people to keep premiums down.

Because ObamaCare is really a pyramid scheme that transfers wealth from the young to the old — similar to Social Security.

But what happens when the youth (who have nearly no medical expenses) don’t want to play?

The Heritage Foundation, for example, said that under ObamaCare, “many under age 35 will opt out of buying insurance altogether, choosing to pay the penalty instead.” That’s just what has happened.

Critics said people would game the system, waiting until they got sick to buy insurance, then canceling it once the bills were paid, because of the law’s “guaranteed issue” mandate. That’s happening, too. In fact, administration officials are trying to tighten the rules to mitigate this problem.

Critics said insurers would abandon ObamaCare amid substantial losses. Anyone want to dispute that this is happening?

These dire predictions weren’t pulled out of thin air. Several states had already tried ObamaCare-style market reforms in the 1990s, only to see their individual insurance markets collapse. A 2007 report by Milliman Inc. looked at eight states that had adopted the “guaranteed issue” and “community rating” reforms at the heart of ObamaCare.

Like Obama, these states wanted to create insurance markets where no one could be denied coverage, or charged more, just because they were sick. But Milliman found that these regulations resulted in fast-rising premiums, a drop in enrollment in the individual market, and an exodus of health insurers.

By the time ObamaCare came around, most of those states either abandoned or overhauled this regulatory scheme, only to have it reimposed on them.

ObamaCare architects figured they could avoid the fate of those state experiments by including the individual mandate and subsidies for lower income families.

However, consulting firm Oliver Wyman correctly predicted in 2009 that these wouldn’t work, either. “The subsidies and mandates,” it concluded, “are not sufficient to drive high participation of younger, healthier members.”

Aetna’s Bertolini says that what’s needed now to keep ObamaCare functioning are bigger and more generous taxpayer financed insurance subsidies — i.e., bailouts. Democrats say what’s needed is a “public option” so that consumers in states abandoned by private insurers will be able to get coverage.

How about instead policymakers listen to the original ObamaCare critics? For decades, they’ve been calling for reforms that lift myriad anti-competitive government regulations, as well as fixes to the tax code so that it no longer massively distorts the insurance market.

The resulting free market competition in health care would do what it does everywhere it’s allowed to function — improve quality while improving affordability. In other words, it would achieve the things ObamaCare promised but miserably failed to deliver.