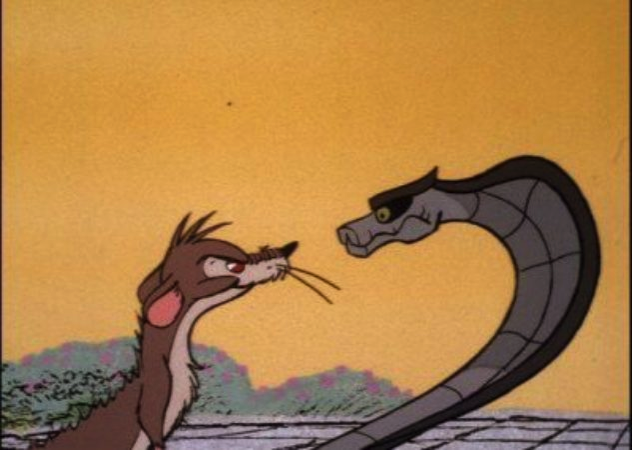 “Sometimes it takes a mongoose to kill a snake.” Via Gary DeMar:

As I’ve pointed out in a previous article (“Vote Your Conscience: Vote Trump, Defeat the Clinton Political War Machine“), my first pick for President was Ted Cruz. When he did not win the primary selection, I did not pout, get angry, or become a “Never Trump” devotee like some of my friends.

I’m like Rush Limbaugh. I live in Realville. The reality is, it’s either going to be Hillary or Trump. It’s not what I would want, but it’s what we’ve got. I don’t see myself voting for the lesser of two evils but against the greater evil.

We are in an ideological and political war. As in any war, sometimes it’s necessary and helpful to have help from someone you ordinarily would not do business with. Vanquishing the immediate enemy is crucial so you can live to fight another day.

Who will do more damage if elected? I believe it will be Hillary. Will a Trump presidency disappoint me? Undoubtedly.

I, like millions of other constitutional conservatives, have been mostly disappointed with the Republicans who squandered congressional victories brought to them by Tea Party advocates. The GOP refused to oppose President Obama on so many issues. Because of its failure to act, President Obama grew bolder in his disregard for the Constitution and the American people.

As a result of the GOP’s inaction, support went to Trump even though he did not fit the mold of a constitutional conservative. He said a lot of things that many of us have been saying for decades.

Let me put it bluntly: Sometimes it takes a mongoose to kill a snake.

Rudyard Kipling’s “Rikki-Tikki-Tavi,” from The Jungle Book, comes to mind:

Trump is the mongoose. He might not be the mongoose we all wanted, but he’s the only mongoose in our yard right now to end the Clinton political dynasty, the pro-Hillary media, well-funded powerful special interest groups, a politically correct cabal of judges, spokespersons representing every leftist cause, Social Justice Warriors who want to shut down dissent, and RINOs.