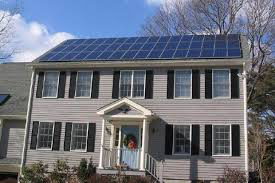 A report from The New York Times indicates customers with solar panel maker Global Efficient Energy (GEE) claim they were scammed out of nearly $20,000 on promises of major energy savings.

The Texas-based solar panel installer has earned a lot of ill will, according to The NYT,as more than a smattering of GEE customers contacted the Better Business Bureau with complaints about the company.

Customer Chad Gregg of Texas said GEE told him solar panels, while initially expensive, would ultimately save enormous amounts of money on his energy bills. Those promises never materialized, apparently, as Gregg and his family only “saved about $9 a month.”

“The system cost $19,900, which we would pay off in monthly installments over the course of six or seven years,” Gregg told The NYT on Aug. 13.”Once we owned the system outright, the company said, we’d pay next to nothing for energy.”

In fact, “after the company installed solar panels on our roof, solar-powered fans in our attic and a bunch of energy-saving foam and sealants, our electricity bill barely changed,” Gregg said.

At this rate, it’ll take them 185 years to recoup their expenses.