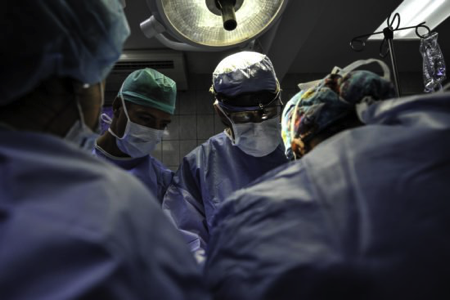 This is great satire. And all too true about the VA medical care. Of course, that’s the nature of socialized medicine. Via the Duffel Blog

Millions of Americans have died in the days after Republican legislators quietly passed sweeping healthcare reform, Duffel Blog has learned.

During a special session called for by President Trump on the day of his presidential inauguration, House and Senate leaders repealed Obamacare and replaced it with a system run by the VA, sources say. Now just days after Trump’s inauguration, the incredible efficiency of VA health care has claimed the lives of more than nine million people in hospitals across America.

“Of course there are going to be hiccups while we transition to ‘real deal’ socialized healthcare,” said David Shulkin, Trump’s nominee for VA Secretary. “I mean, duh! What did they think was going to happen?”

Many of the roughly 18 million Americans who were previously-insured under Obamacare faced new administrative hurdles.

In one instance, a man in New York City was turned away at an emergency room after sustaining a gunshot wound to the abdomen. The attending nurse told him that he would need to update his mailing address before he could be seen.

The injured man was sent away with a 50-page form that he was instructed to fill out and have notarized. However, the man collapsed and died after he was unsuccessful in finding a fax machine to transmit the form to the VA.

On an operating table in Minnesota, a young woman scheduled for a critical liver transplant instead received a prostate examination, a source said.

“The search was arduous,” Dr. Gerald Kevorkian, a graduate of the prestigious University of Phoenix medical school, told reporters. “We couldn’t find her prostate though. And then her liver failed. It was the strangest thing!”

Meanwhile, more than 500,000 patients suffered brain aneurysms from talking to VA representatives on the phone while trying to schedule routine appointments.

Of the nine million Americans who survived the transition, the future is uncertain.

“I’m just so terrified,” said Stefan Fogarty, a high school volleyball coach in Massachusetts. “I have a vasectomy scheduled for Monday morning.”