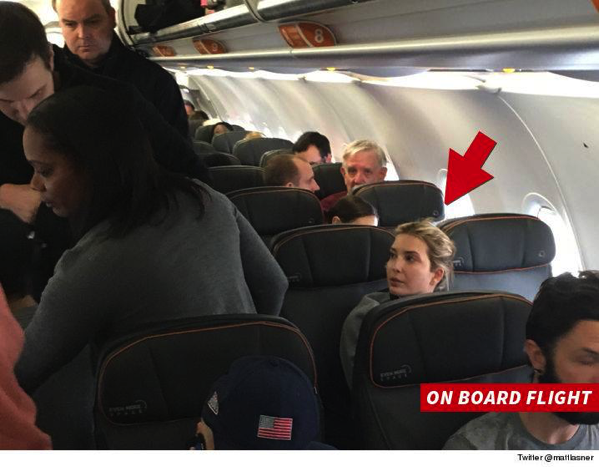 More examples of the intolerance of the Tolerant.

Ivanka Trump just had a bumpy start to her Xmas holiday … an out-of-control passenger on her flight began verbally berating her and “jeering” at her 3 kids.Ivanka was on a JetBlue flight leaving JFK Thursday morning with her family when a passenger started screaming, “Your father is ruining the country.” The guy went on, “Why is she on our flight? She should be flying private.” The guy had his kid in his arms as he went on the tirade.A passenger on the flight tells TMZ Ivanka ignored the guy and tried distracting her kids with crayons.JetBlue personnel escorted the unruly passenger off the flight. As he was removed he screamed, “You’re kicking me off for expressing my opinion?!”

EXCEPT THE OBNOXIOUS PASSENGER TWEETED AN HOUR EARLIER THAT HE WAS “HARASSING” IVANKA TRUMP:

The husband of the unruly passenger tweeted an hour before the plane took off, “Ivanka and Jared at JFK T5, flying commercial. My husband chasing them down to harass them.”:

BTW … Ivanka, her family and bunch of cousins were all in coach.