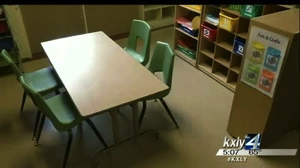 Numbers from the Economic Policy Institute show that the average Idaho family spends about $7,200 a year for infant child care and $6,900 a year for preschool-aged children. That’s more than a year’s tuition at a public college.

Katy Lightfield told the Boise newspaper that she and her husband expected the $30,000 pay cut they took when they moved from Texas to Idaho. But they were surprised to find that child care costs are the same between the two states.

A public preschool program would defray child care costs for most families, but so far Idaho lawmakers have rejected such proposals.