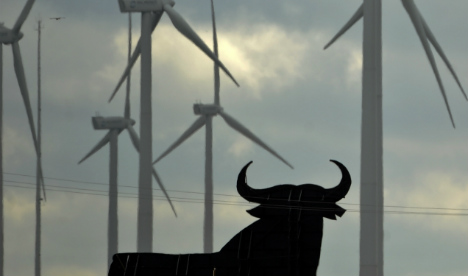 Spanish citizens are in for huge energy costs, thanks in part to a lengthy drought that weakened hydroelectric output, France’s decision to phase out nuclear power plants (and Spain providing energy to France to make up that shortfall), and artificial pricing thanks to OPEC shenanigans.

The wholesale price of electricity is going to exceed €100 per megawatt hour (MWh) at peak time of 9pm on Wednesday, according to market operator Omie,  – which calculates the price of electricty per hour – a level not reached since March 2014.

Consumer associations are warning that homeowners must brace themselves for a 20 percent rise in electricity bill for January.

The average price per megawatt hour since the start of the year is €67.47, representing a whopping 113 percent on the same period in 2016, according to Spanish newspaper ABC.

But the degree to which consumers will be affected depends on what sort of contract they have with their energy provider. Around half the households (12 million)  in Spain have fixed rate contracts with their electricity companies, while the remaining (13 million) are open to market fluctuations.

Prices have soared because extreme weather conditions have damaged energy production, with solar and wind production hit hard over the last few weeks coinciding with demand increase as Spanish households turned up the heat to keep warm.

With much of Spain under the cover of thick cloud over the last week, its solar energy production has dwindled at a time when people are reaching to turn up the radiator dial and apparently, there hasn’t been wind either, so the turbines haven’t been producing at maxmum levels.

The recent torrential rains across Spain come after a year of drought that has left reservoirs 20 percent lower than they should be at this time of year, which is diminishing hydro-electricty output.