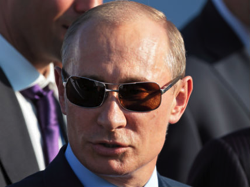 Lots of voters, especially Republicans, are worried about voter fraud. GOP presidential candidate Donald Trump stoked those fears when he warned supporters, “I’m afraid the election’s going to be rigged. I have to be honest.” These fears and not-so-subtle efforts to skew voter registration in partisan directions have prompted strict voter ID requirements in several states with the purported aim of preventing the almost non-existent crime of voter impersonation fraud. But a recent Federal Bureau of Investigation “flash alert” suggests that the real threat of voter fraud might come from abroad.

Earlier this week, reports surfaced that the FBI has warned election officials in Illinois and Arizona that their voter databases had been penetrated by intruders linked to IP addresses associated with Russian hackers. This provoked Senate Minority Leader Harry Reid (D-Nev.) to send a letter to FBI Director James Comey that claimed “Russia’s intent to influence the outcome of our presidential election has been well-documented by numerous news organizations.” Reid also suggested that the Russian government might try to target American voting systems to throw the election to Trump. Could Putin’s army of internet trolls really disrupt our elections?