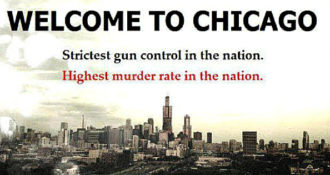 Former Police Chief Garry McCarthy recently sat down with WGN-TV in Chicago to talk about the ongoing rise in violent crime that has seen the city’s murder rate spike to terrifying numbers.

McCarthy’s one overriding emotion with what is happening in Chicago is anger, and he lays blame at the feet of anti-police rhetoric and at the politicization of the justice system. McCarthy argues that if Chicago wants to fix its crime problem, it needs to stop travelling down the current path and go back to what was working just a few short years ago.