It is increasingly looking like the first full week of 2017 will be greeted with a cold air outbreak over the Lower 48 states that will be widespread and persistent.

Early next week the cold air will enter the U.S. through Montana and the Dakotas, where temperatures will likely plunge into the minus 30 deg F (or colder) range.

By the end of the week, single digits could extend into the southeast U.S., and a hard freeze could push into central Florida (graphic courtesy of Weatherbell.com): 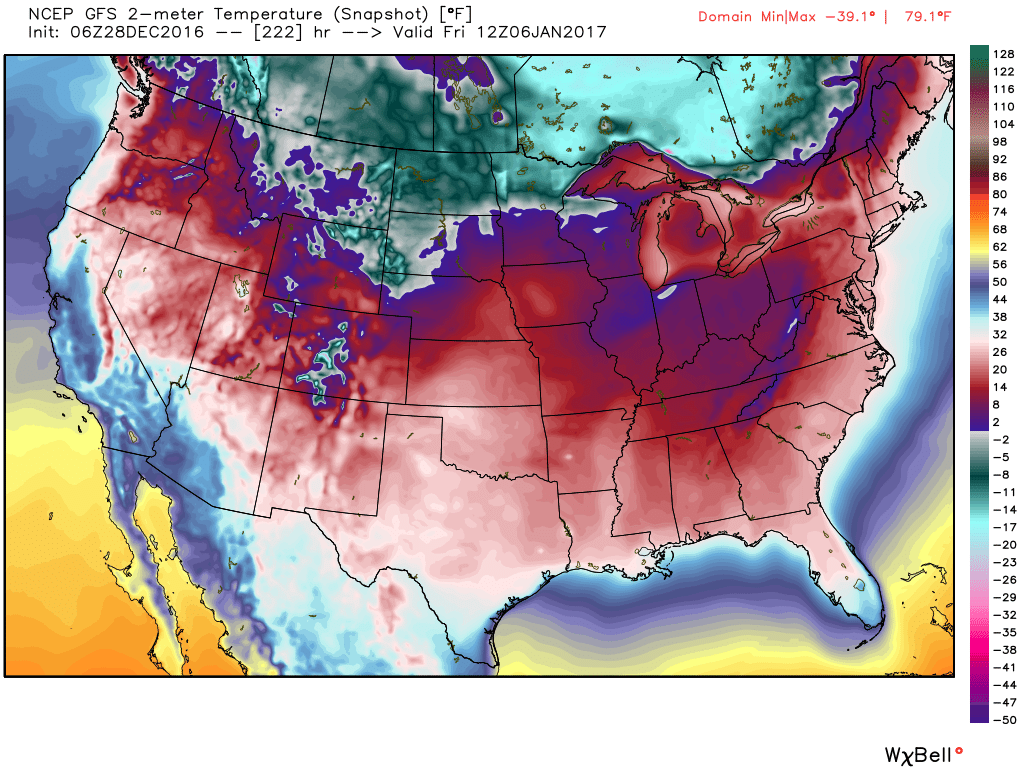 As can be seen, substantial portions of all 48 states might well be below 32 deg. F.

At the longer range, there appears to be a reinforcing plunge of even more frigid air heading south out of northwest Canada in the second week of January.