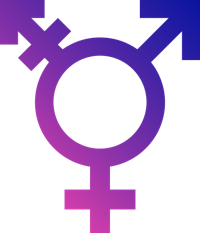 The Obama administration’s transgender student guidelines are on hold, for now.

A federal judge in Texas issued a temporary order blocking the May 13 guidelines — which have drawn fire from state officials in more than a dozen states, including Idaho.

The guidelines address several topics, including access to restrooms and other school facilities. Under the guidelines, students would be allowed to use restrooms “consistent with their gender identity.”

Late Sunday, U.S. District Judge Reed O’Connor said the administration has “drawn a line in the sand” on the issue, by threatening to withhold funding to schools that fail to comply with its guidelines, POLITICO reported.

The administration described its policies as non-binding “guidance.” Officials in several states were unconvinced — and within days, they had filed a lawsuit in the Texas court.

Idaho is not a plaintiff in the lawsuit. However, the state filed a legal brief in late July, siding with the states that filed the lawsuit — and claiming the transgender guidelines threaten about a third of the state’s education funding. However, federal funding accounts for only 13.7 percent of this year’s K-12 budget.

On Tuesday, the Blaine County school board voted 2-1 to adopt its transgender student policy, the Idaho Mountain Express reported last week. The policy will allow students to use restrooms consistent with their “deeply held sense or psychological knowledge of their own gender.”

The Blaine County policy has been in the works for the past couple of months. Administrators have said their policy was modeled after guidelines drafted last summer by the Idaho School Boards Association — with restroom policies that were nearly identical to the White House guidelines issued nearly a year later.