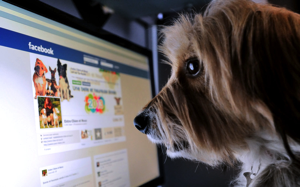 So who decides what is fake? And which news source is fake?

These were all shared tens of thousands of times on Facebook.

Would Facebook be likely to “fake news” label MSNBC, Newsweek, and The Atlantic?

The company has begun hitting fake news sites in the wallet, as well as scrubbing BS content through both curation and automation. And, on Sunday, Facebook appears to have quietly rolled out a third method: a new user-reporting feature that specifically calls out fake news for what it is. 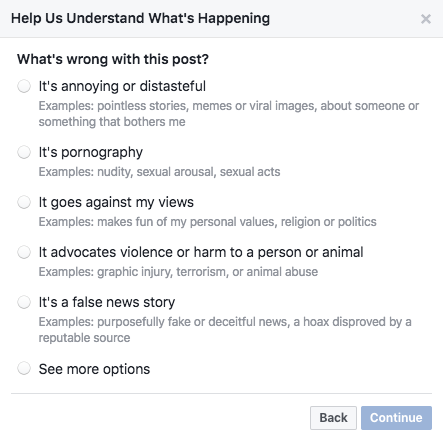 Now, when a user reports a post in their timeline (after selecting “I think it shouldn’t be on Facebook” option), they are able to select “It’s a false news story” from the subsequent screen. Notice that it is specifically differentiated from the “It goes against my views” option — namely because facts and your opinions are not interchangeable, regardless of how strongly you believe in either.

This move is actually well within the standard Facebook MO. The company has taken a similar stand with regards to the sale of illicit items, like guns, on its website wherein users are expected to self-police the virtual groups they subscribe to. Hopefully though, this reporting tool will be effective because it’s still terrifyingly easy to buy assault weapons from strangers on the social network.