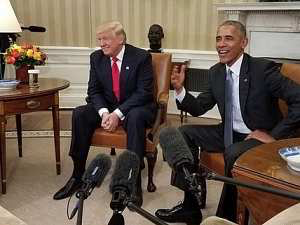 President Trump was laughed off by many Democrats and members of the news media when as a candidate he promised to dismantle his predecessor’s signature domestic policy accomplishment—the Patient Protection and Affordable Care Act (Obamacare)—on “day one” of his presidency.

[Trump] ordered that regulations already in place be enforced with a softer, more beneficent tone, and he ordered that no penalty, fine, setoff or tax be imposed by the IRS on any person or entity who is not complying with the individual mandate, because by the time taxes are due on April 15, the IRS will be without authority to impose or collect the non-tax tax, as the individual mandate will no longer exist. Why take money from people that will soon be returned?

Then he ordered a truly revolutionary act, the likes of which I have never seen in the 45 years I have studied and monitored the government’s laws and its administration of them. He ordered that when bureaucrats who are administering and enforcing the law have discretion with respect to the time, place, manner, and severity of its enforcement, they should exercise that discretion in favor of individuals and against the government.