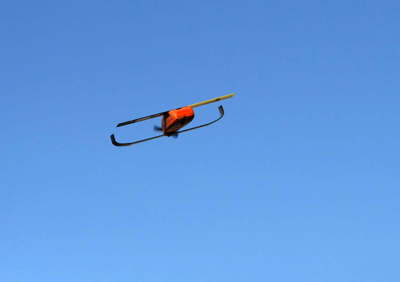 This may not be of interest to most of you. But as a Navy retiree, I find this fascinating.

The US military is no stranger to drone development. Over the past few years we’ve seen everything from unhackable robot helicopters to harbor-defending pontoon platoons — including the the means to combat them — come out of DoD research efforts. On Tuesday, the DoD showed off its latest advancement in drone technology when it released video of the first successful aerial deployment of the Perdix swarm drone.

The test itself occurred last October in the skies over China Lake, California when a trio of F/A-18 Super Hornets released 103 individual Perdix drones. First designed in 2013 at the MIT AeroAstro Department, these drones measure less than a foot tip-to-tip and weigh just over a half pound. They’re built primarily for low-altitude intelligence, surveillance and recon (ISR) operations and are launched from a parent aircraft’s flare dispensers.

Given the size of this swarm, centralized control by a single remote operator is currently impossible. Instead, the operator issues more generalized commands akin to a football coach calling in plays, which the drones then complete as they collectively best see fit. These drones are not preprogrammed but instead share a distributed virtual brain. Control within the swarm itself is completely decentralized with each drone communicating with the others around it, which allows the swarm to keep functioning as a cohesive unit as damaged drones drop out and fresh reinforcements arrive.

There’s no word yet on when the Perdix system will be certified for combat. The DoD is currently looking for companies to partner with to produce the micro-drones at scale, up to a thousand drones at a time. It’s also working to further improve the swarm’s distributed processing to include more advanced autonomic functions.