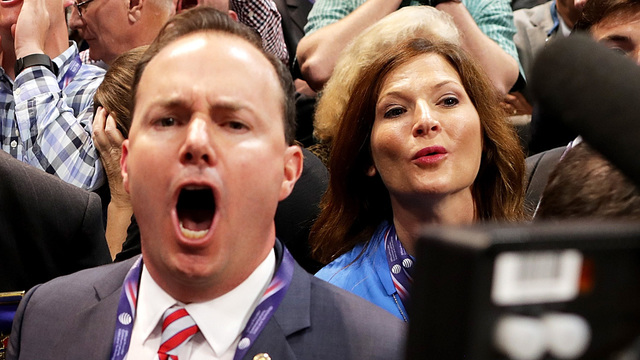 Trump has given his Supreme Court short list, and boy are the progressives ticked!

(CNN) – Judicial conservatives are buzzing about a new Supreme Court justice who could cement a conservative majority on the bench for decades.

President-elect Donald Trump has given a firm commitment to Republicans that he will stick to a list of 21 potential conservative nominees released during the campaign. It is a list that dazzles conservatives and includes everyone from a tweeting justice who sits on the Texas Supreme Court to an appellate judge in Alabama who has called Roe v. Wade an “abomination.”

But conservatives have long memories. They have lived through similar situations when a nominee who might have looked good on paper turned in to a bitter disappointment to their cause, such as David Souter or even Chief Justice John Roberts, whose vote upholding affordable health care has overshadowed more conservative rulings.

Here’s CNN’s ongoing list of potential Supreme Court nominees and what they are known for:

Pryor, who sits on the 11th Circuit Court of Appeals, would be the dream candidate for many conservatives.

The 54 year-old is a staunch conservative who once called the 1973 landmark abortion decision, Roe v. Wade, the “worst abomination in the history of constitutional law.”

Indeed, during his confirmation hearing after being nominated by George W. Bush, Democratic Sen. Chuck Schumer offered Pryor a chance to clarify his position. Pryor didn’t shift. He is also no product of the Ivy League. He attended Northeast Louisiana University for his undergrad work and then graduated from Tulane University Law School in 1987.

Sykes, 59, is a breath of fresh air to many conservatives, as was evidenced in her entertaining interview of Justice Clarence Thomas four years ago during a dinner sponsored by the conservative Federalist Society. The interview brought the audience to its feet as Sykes showcased not only Thomas’ commitment to his constitutional principles, but offered a glimpse of his lighter side.

She is a Wisconsin native who graduated from Northwestern University in 1980 and attended Marquette University School of Law. A former journalist, Sykes went on to serve on the Wisconsin Supreme Court and was appointed by George W. Bush to the 7th Circuit Court of Appeals. Recently she voted to uphold Wisconsin’s voter ID law. She also sided with closely held corporations in a challenge to the Affordable Care Act’s contraception mandate. Some think she might be too old at 58, others wonder if she might be a better choice for Ruth Bader Ginsburg’s seat should it become open.

Kethledge, who turns 50 in mid-December, is a former clerk to Justice Anthony Kennedy who currently sits on the 6th Circuit. He served for one year as counsel to the Ford Motor Company.

His critics worry about an anti-union opinion he issued in a case brought by public school employees. In another opinion Kethledge rejected a Fourth Amendment claim from two defendants who were convicted of several robberies based on records from their wireless carriers. Kethledge penned an opinion holding that the government’s collection of business records containing cell-site data was not a search under the Fourth Amendment.

Some see Larsen, 48, as a dark horse, while others consider the former Scalia clerk a shoo-in for her former boss’s seat.

Unlike many other nominees on the list, she sits on a state court — the Michigan Supreme Court. She has practiced and taught law, but hasn’t served that long on the bench, a strike that might work against her as Republicans look for a consistent track record of conservative rulings.

Iowan Colloton, 53, a George W. Bush appointee, serves on the US Court of Appeals for the 8th Circuit.

He is a product of Princeton and Yale Law School. He also is a Washington insider who has worked as a special assistant to the Attorney General in the Justice Department’s Office of Legal Counsel. He clerked for former Chief Justice William Rehnquist as well as Judge Laurence Silberman of the DC Circuit, a dear friend of Scalia. He served as an Associate Independent Counsel in the Office of Kenneth W. Starr from 1994-1996.

When he was nominated to the federal bench, he was praised by Senator Chuck Grassley who said he would be “extremely well qualified.”

Gorsuch, 49, serves on the 10th Circuit. He also checks the box in the elite education category, having attended Columbia, Harvard Law and Oxford.

He’s been critical of judges giving too much deference to federal agencies as well as the issue of over criminalization. He is known for his commitment to originalist principles– the underlying judicial philosophy championed by Scalia.

Thapar, 47, serves on the US District Court for the Eastern District of Kentucky. The fact that he is still a lower court judge may not be enough for those who want an appellate record. He was born in Michigan and served in government as well as private practice. He would bring trial court experience. In 2007, Thapar was the first South Asian American to be named to an Article III federal judgeship.

Although Sen. Lee of Utah has never served as a judge, judicial conservatives feel confident that he would not surprise them on the Supreme Court. He is close friends with Texas Sen. Ted Cruz, and Cruz endorsed Trump just after the GOP presidential nominee added Lee to his list of potential SCOTUS nominees.

Lee did not support Trump, but insiders point to his commitment to his conservative principles and the fact that he clerked for Justice Samuel Alito not once but twice. His father, Rex Lee, served as the Solicitor General under President Ronald Reagan, and his brother, Thomas, who serves on the Utah Supreme Court, has also been mentioned as a potential nominee.

Willett is a bow tie wearing tweeter with strong conservative credentials. He sits on the Texas Supreme Court. Sen. Ted Cruz posed with Willett for a recent tweet with a portrait of Ronald Reagan in the background. “You know it’s a great day when you get the chance to visit with the first official Tweeter Laureate of Texas,” Cruz wrote. But some of Willett’s tweets haven’t exactly been in favor of Donald Trump. Like the time he called him “Darth Trump.” Willett worked for George W. Bush.

Stras, 42, is also a state Supreme Court justice who sits on the Minnesota Supreme Court. He is a former clerk for Justice Clarence Thomas and attended the University of Kansas. Like Scalia, he’s served in academia and written extensively about constitutional issues and the lowercase Courts.

In one book review essay, Stras weighed in on the confirmation process for federal judges. “Amidst greater polarization in American politics, the process for nominating and confirming federal judges has become more political than ever,” he wrote. That opinion is shared by several sitting justices.

Hardiman who serves on the 3rd Circuit Court of Appeals has a personal story that might appeal to Trump. The 51-year-old judge was the first in his family to go to college, and for a time he drove a cab. Born in Massachusetts, he attended the University of Notre Dame undergrad and then went to Georgetown University Law Center.

His judicial paper trail includes a dissent in a case where the majority upheld a New Jersey law that prohibits handgun possession without a permit. To bolster his opinion, Hardiman cited Scalia’s landmark opinion in DC v. Heller. If Trump has questions about Hardiman’s personality, he can always ask his own sister who also sits on the 3rd Circuit.

Gruender, 53, sits on the Eighth Circuit and has extensive prosecutorial experience after serving as US Attorney for the Eastern District of Missouri. He served as the Missouri state campaign director for Bob Dole’s presidential campaign. The liberal Alliance of Justice argues that Gruender’s record “shows hostility to women’s right to access reproductive care.” They point in part to an opinion he wrote siding against female employees of Union Pacific Railroad Company whose prescription contraception was not covered by the company plan. Gruender wrote that Union Pacific’s denial of coverage for contraception for both sexes did not discriminate against its female employees in violation of Title VII, as amended by the Pregnancy Discrimination Act.

Ryan, 52, sits on the U.S. Court of Appeals for the Armed Forces. She’s a former clerk to Justice Clarence Thomas and a former active duty marine serving as a Communications Officer, Judge Advocate and aide de camp. That gives her a background different from anyone else on the Supreme Court: she served in Desert Shield and Desert Storm.

There are no former politicians on the court. That could change if Trump decided to ditch his list of 21 and put Cruz on the bench. Conservatives couldn’t complain.

Cruz is a former clerk for Chief Justice William Rehnquist and a darling of judicial conservatives. He’s well qualified, and argued before the Court when he served as the Solicitor General of Texas. Trump might consider Cruz would kill two potential birds with one stone. He’d appoint a conservative and at the same time clear him out of the political arena.