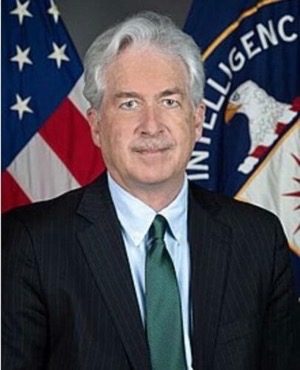 Burns is very proud of being “less wrong”.

Jerry Dunleavy of the Washington Examiner has the story.

CIA Director William Burns said he is “very proud” of the agency’s analysis in Afghanistan in 2021 despite being blindsided by the swift collapse of the Afghan government and failing to predict how quickly the Taliban would take Kabul. (snip)

Burns said Wednesday during an Aspen Security Forum discussion that he was “very proud … of the analysis, with all of its imperfections, that we tried to provide to policymakers over the six months leading up to the withdrawal.”

The CIA director prefaced this by admitting the agency had not predicted the Taliban would take over the country as fast as they did and that “all of us have lessons to learn from experiences like that.” He suggested that the CIA had at least gotten it less wrong than other parts of the U.S. government.

“Having said that, I think CIA at least was always on the more pessimistic end of the spectrum in terms of highlighting, you know, over the course of the spring and the summer, the obvious ways in which the Taliban were advancing rapidly and how this was hollowing out in many ways, not just the political leadership but also the military.”

Burns shared the CIA’s assessment in July 2021, when he did not say he believed the country would fall in half a year, let alone in less than a month.