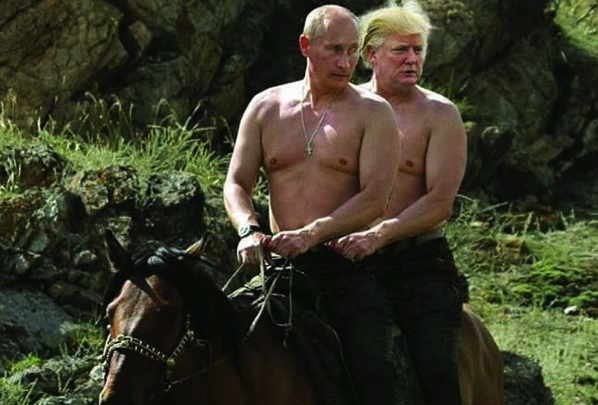 U.S. intelligence agencies (not to mention Congress) have little to no credibility with public. They should heed Justin Amash’s call for transparency.

“Neither story actually presents even anonymously sourced information that shows Russian (or even Wikileaks) activity tipped the election.”

The Washington Post and The New York Times have released explosive reports suggesting that Russian hackers actively screwed with the presidential election, even tipping things in favor of Donald Trump over Hillary Clinton. The stories, however, are based on anonymous sources from groups whose records of obfuscations, mistakes, and screw-ups are legendary. At least one elected official, the libertarian-leaning Republican Rep. Justin Amash of Michigan, has called for public disclosure of whatever evidence U.S. intelligence community presented to be made available to Congress:

If anything, Amash is too selective in saying all members of Congress (instead of particular members and committees) should be presented the full case. Rather, this is something the voting public should be able to suss out. We’ll get to that in a moment.

The Post’s assessment of Russian efforts includes statements like this one:

“It is the assessment of the intelligence community that Russia’s goal here was to favor one candidate over the other, to help Trump get elected,” said a senior U.S. official briefed on an intelligence presentation made to U.S. senators. “That’s the consensus view.”…

The CIA shared its latest assessment with key senators in a closed-door briefing on Capitol Hill last week, in which agency officials cited a growing body of intelligence from multiple sources. Agency briefers told the senators it was now “quite clear” that electing Trump was Russia’s goal, according to the officials, who spoke on the condition of anonymity to discuss intelligence matters.

According to the Post, officials in the Obama administration had been discussing how to deal with Russian activity, including hacks of emails of the Democratic National Committee that were then supposedly given to Wikileaks, for months. The administration ultimately did nothing (or at least nothing public) with their suspicions. Wikileaks denies that Russia was the source for either the DNC emails or the “Podesta emails,” which the group released in the final weeks of the election.

In its continuing coverage, The New York Times notes that the new revelations aren’t based on new evidence:

The C.I.A.’s conclusion does not appear to be the product of specific new intelligence obtained since the election, several American officials, including some who had read the agency’s briefing, said on Sunday. Rather, it was an analysis of what many believe is overwhelming circumstantial evidence—evidence that others feel does not support firm judgments—that the Russians put a thumb on the scale for Mr. Trump, and got their desired outcome.

It is unclear why the C.I.A. did not produce this formal assessment before the election, although several officials said that parts of it had been made available to President Obama in the presidential daily briefing in the weeks before the vote. But the conclusion that Moscow ran an operation to help install the next president is one of the most consequential analyses by American spy agencies in years.