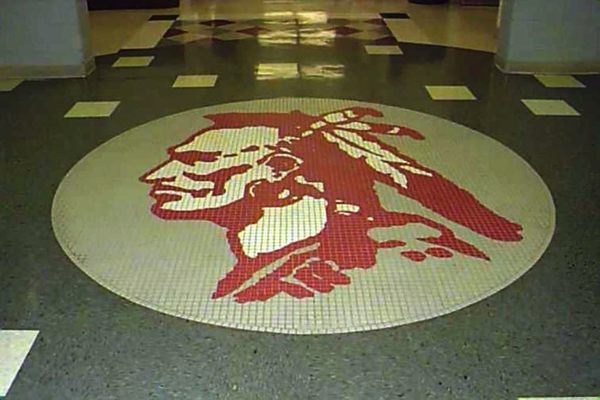 An Idaho school district has painted over a mural that some considered disrespectful to Native Americans.

The school mascot is still the “Braves,” but the logo hasn’t been used for 25 years. District spokesman Dan Hollar says there are a number of current logos the school uses that are more respectful of Native American culture and heritage.

Hollar says the mural will be filled in with one of the school’s more recent logos.
Some Boiseans were sad to see the mural go, but many, including Kalispel Tribe of Indians member Debbie Flandro, support the change.

Flandro says it is offense when Native Americans are portrayed as caricatures.