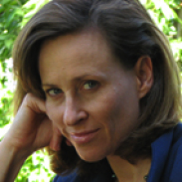 You are not allowed to speak unless you agree with the party line. Literally.

Apparently a good scientist is not supposed to answer all of the questions from congress. In late 2014,Dr Noelle Metting was the only scientist DOE provided to help congress figure out what mattered,  but DOE management had already told Dr Noelle Metting not to answer queries outside of a certain zone they marked out. Alas, she was too helpful to congress though, and got the sack within a month. According to the report, emails within DOE reveal that her sacking was retaliatory, and the reason for her “removal from federal service was her failure to confine the discussion at the briefing to pre-approved talking points.”

This information comes from a congressional investigation chaired by Lamar Smith. (Rep)

Message to scientists — obey the bureaucrat masters, not the elected ones.

By censoring information to congress, the DOE was doing a form of lobbying. Her testimony related to low dose radiation and risks of exposure during terrorist attacks. DOE allegedly wanted to kill off this line of research so they could do more climate research instead. Just out to save the world but kill democracy.

The report additionally discovered efforts by the Obama administration to censor the information given to Congress, interfering with the body’s ability to perform critical oversight work.

“Instead of providing the type of scientific information needed by Congress to legislate effectively, senior departmental officials sought to hide information, lobbied against legislation, and retaliated against a scientist for being forthcoming,” Smith said in a statement. “In this staff report based on lengthy record before the committee, much has been revealed about how senior level agency officials under the Obama administration retaliated against a scientist who did not follow the party line.”

During an October 2014 briefing with senior DoE staff on the matter, lawmakers heard testimony from Dr. Noelle Metting, the radiation research program’s manager.

Less than a month later, lawmakers discovered that Obama administration officials had “removed Dr. Metting from federal service for allegedly providing too much information in response to questions posed by” Congress during the briefing, the report states.

Sometimes it’s the politicians doing the scientific strangling. But this time, it’s the bureaucrats with the choke hold.