“We do not want word to go out that we want to exterminate the Negro population.” — Margaret Sanger, Letter to Dr. Clarence Gamble on Dec., 10, 1939 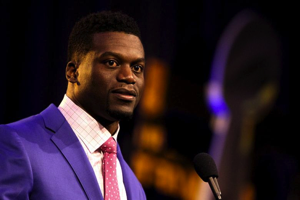 Watson, a devout Christian, said that blacks make up a large proportion of those who get abortions, and “the whole idea with Planned Parenthood and [founder Margaret] Sanger in the past was to exterminate blacks, and it’s kind of ironic that it’s working.”

“We [as minorities] support candidates, and overwhelmingly support the idea of having Planned Parenthood and the like, and yet, that is why she created it,” the NFL star told the Turning Point Pregnancy Resource Center.

“We are buying it hook, line and sinker, like it’s a great thing. It’s just amazing to me and abortion saddens me, period.”

Watson also said: “We sit here and talk about advancing the black agenda, whatever that means, we talk about our interests, and what’s important to us – like having political power and advancement and all those things – and then we are turning around and we are killing our children. And we are buying the lie that it’s our personal decision to make.”