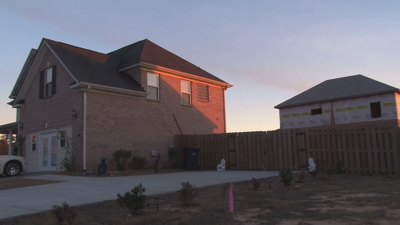 A Georgia woman is sentenced to 120 days in jail for a code violation on her property. The woman built a larger than approved structure in her backyard to house her sick mother. When she refused to tear down the structure she was jailed.

What started as an eyesore has landed one Augusta woman behind bars.

Don Gilmore lives in Elderberry Subdivision. He tells FOX 54, “Nobody in their right mind would buy something next to a monstrosity like this.” The monstrosity that Don Gilmore is referencing is a 3,000ft2 home that his neighbor, Amy McKinnon, was having built in her backyard. “Obviously, it’s an eyesore and it sticks out because it doesn’t belong here.”

Code enforcement officials say McKinnon was initially approved for a 562ft2 gazebo. Once the foundation was poured for that project, inspectors gave contractors the green light to move forward with the plan. McKinnon would have six months from that initial approval to provide inspectors with an update on the project. That window of opportunity is where things got a little sticky.

According to documents from the planning and zoning board meeting, McKinnon said she was told by an inspector that as long as she connected the new structure to her current home, it would be fine. So she decided to go bigger in order to move her sick mother in.

Representatives from the department said that wasn’t the case. “We wrote her a citation saying that you have to go to court. You are in violation of the zoning ordinance having two structures on one parcel of land,” says Wynder.

McKinnon’s options were to scale the building back down to the approved size or demolish it. Wynder says her non-compliance is why a judge sentenced McKinnon to 120 days behind bars. As she serves her sentence, neighbors say they hope this is a wake-up call for anyone who is looking for loopholes to get around the law. “I want to see this thing come down yesterday!” says Gilmore.