In an interview on Sean Hannity’s Fox News show, WikiLeaks founder Julian Assange said Wednesday that he was set to release thousands of cables with Hillary Clinton’s signature on them, along with one little letter in her handwriting that could seal her coffin for good.

The new batch of cables, according to Assange, shows Clinton writing the letter “(C)” in parentheses to indicate classified information. During her interview with the FBI, Clinton said that she didn’t know what the “(C)” meant. 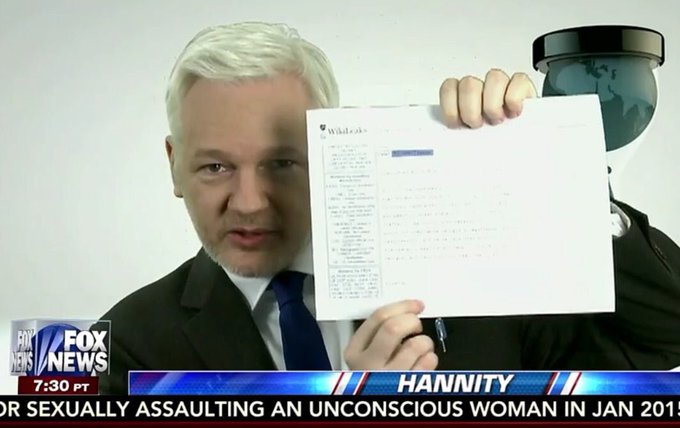 Cable signed Clinton with clear “C” marking, one of thousands, yet she told FBI she doesn’t know what “C” means.

Assange was extremely blunt with his assessment of the FBI’s report on Clinton’s testimony, as well as Clinton’s prevarication.