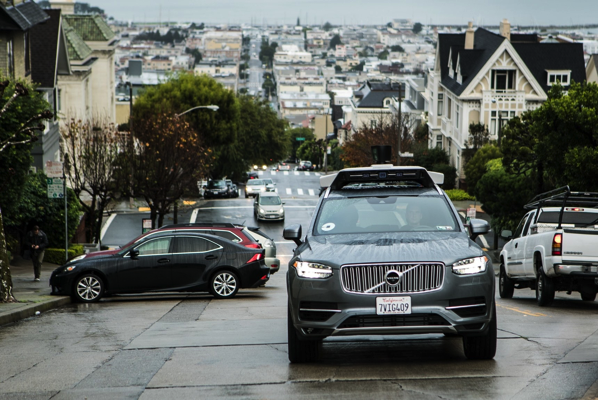 Uber began testing their self-driving cars in San Francisco. The California DMV sent Uber a letter telling them to stop testing and get a permit to test.

It’s interesting, because California DMV require a permit for autonomous vehicles; and Uber says that their cars have a person behind the wheel (even though it’s self-driving) — so they don’t need the permit.

AN UBER EQUIPPED to drive itself ran a red light in San Francisco’s SOMA neighborhood Wednesday morning, per a YouTube video apparently shot from a local Luxor cab and reported by The Examiner:

In the video, a Volvo XC90 SUV decked out in the sensors Uber uses to see the world plowed through the intersection roughly three seconds after the light went red, and as a pedestrian was stepping into the crosswalk. In a statement, Uber spokesperson Chelsea Kohler said the car was being operated by its human driver at the time and had no passengers aboard, and that Uber has suspended that driver while it investigates.2

Even if it was a human at the wheel, it’s bad news on the day Uber announced it’s welcoming passengers aboard its fleet of driverless cars in the city, and that it’s doing so without filing for an autonomous testing permit with the California DMV. Declining to do that likely means Uber doesn’t have to publicly report things like crashes and “disengagements”—when the human operator takes control to make sure the car operates safely.