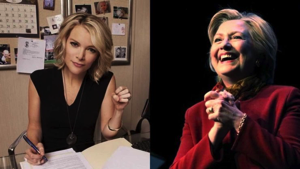 The media’s #1 job is to get Hillary elected at all costs.

The latest Wikileaks dump includes an email from Lanny Davis tries to convince Catholic hater Jennifer Palmeiri that it would be a good idea for Megyn Kelly to interview Hillary, giving her a chance to explain the mistake she made withe her private email server. He even offers to arrange a friendly interview for Hillary with Megyn.

Here is the text from the email:

I know what I’m about to propose is very risky and will be instinctively viewed negatively on the first reaction. But because of the high advantages that I see, perfectly aware of the risks, I think this proposal should be considered.

I propose that the Secretary be on the Megyn Kelly File show for at least 30 minutes. I believe I can reduce the risks, since I know Megyn and Roger Ailes very well, by ensuring that the Secretary will have an opportunity to answer tough questions on emails and other issues without interruption.

In fact, I believe it is in the interest of Secretary Clinton as well as Fox for the questions to be tough, something we should not fear as long as she has an opportunity to answer. I know she will do well with adequate preparation, and especially after yesterday’s excellent statement taking full responsibility for mixing personal an official business on a single email device.

I still believe the issue of the wiping out of the private server still needs to be dealt with – e.g., simply stating that was done primarily to protect personal privacy on personal emails but she made the mistake of mixing personal with official on the server because she was using a single device, and she should have been more transparent shortly after she left office.

This interview has the potential to be a ratings and media bonanza. I have confidence she would hit a political home run and have a massive audience to deliver her message without a filter.

Of course there is a risk that Megan will try to show how tough she can be, even tougher than on Trump. I am assuming the worst case on that risk. But if we have a guarantee, which I believe We will get, that she will have an uninterrupted chance to respond to every question, and we have time to prepare, I think this could be a major plus and even a game changer in the various negative narratives about the Secretary being largely inaccessible and sometimes testy with the media.

Here is a screen shot of the original email: