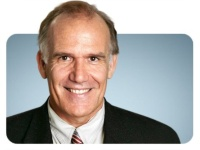 But the President didn’t bother to mention the following:

Reformatted for blog readability. By VDH:

In his 2016 State of the Union address, President Barack Obama summarized his achievements. That same night, the White House issued a press release touting Obama’s accomplishments.

Now that he will be leaving, how well did these initiatives listed in the press release actually work out?

The accord was never submitted to Congress as a treaty. It will be ignored by President-elect Donald Trump.

That “deal” was another effort to circumvent the treaty-ratifying authority of Congress. It has green-lighted Iranian aggression, and it probably ensured nuclear proliferation. Iran’s violations will cause the new Trump administration to either scrap the accord or send it to Congress for certain rejection.

Even Democratic presidential nominee Hillary Clinton came out against this failed initiative. It has little support in Congress or among the public. Opposition to the TTP helped fuel the Trump victory.

The recent Miami celebration of the death of Fidel Castro, and Trump’s victory in Florida, are testimonies to the one-sided deal’s unpopularity. The United States got little in return for the Castro brothers’ propaganda coup.

We are at last making some progress against some of these “jayvee” teams, as Obama once described the Islamic State. Neither group has been dismantled or destroyed. The widespread reach of radical Islam into Europe and the United States remains largely unchecked.

The Afghan war rages on. The precipitous withdrawal of all U.S. peacekeepers in 2011 from a quiet Iraq helped sow chaos in the rest of the Middle East. We are now sending more troops back into Iraq.

This was an eight-year broken promise. The detention center still houses dangerous terrorists.

The anemic “Asia Pivot” failed. The Philippines is now openly pro-Russian and pro-Chinese. Traditional allies such Japan, Taiwan and South Korea are terrified that the U.S is no longer a reliable guarantor of their autonomy.

The once-achievable promise of a free-market, democratic Latin America is moribund. Dictatorships in Venezuela, Cuba and Nicaragua remain impoverished bullies. All have been appeased by the U.S.

Democrats claimed Russian interference in the recent election. If true, it is proof that there is no such thing as “cybersecurity.” The WikiLeaks releases, the hacked Clinton emails and the Edward Snowden disclosures confirm that the Obama administration was the least cybersecure presidency in history.

The NSA scandal, the hounding of Associated Press journalists, some of the WikiLeaks troves and the corruption at the IRS all reveal that the Obama administration was one of the least transparent presidencies in memory.

Obama’s Department of Veteran Affairs was mired in scandal, and some of its nightmarish VA hospitals were awash in disease and unnecessary deaths. Secretary of Veterans Affairs Eric Shinseki was forced to resign amid controversy. Former Homeland Security Secretary Janet Napolitano apologized for issuing an offensive report falsely concluding that returning war vets were liable to join right-wing terrorist groups.

Lethal attacks on police are soaring.

The southern U.S. border is largely unenforced. Immigration law is deliberately ignored. The president’s refugee policy was unpopular and proved a disaster, as illustrated by the Boston Marathon bombings, the San Bernardino attack, the Orlando nightclub shooting and the recent Ohio State University terrorist violence.