In case you haven’t been following the US Debt recently, here’s a screen shot of the US National Debt Clock

We’re headed for a great fall. The bills will come due. And as Reagan fondly said, we don’t have a revenue problem, we have a spending problem. 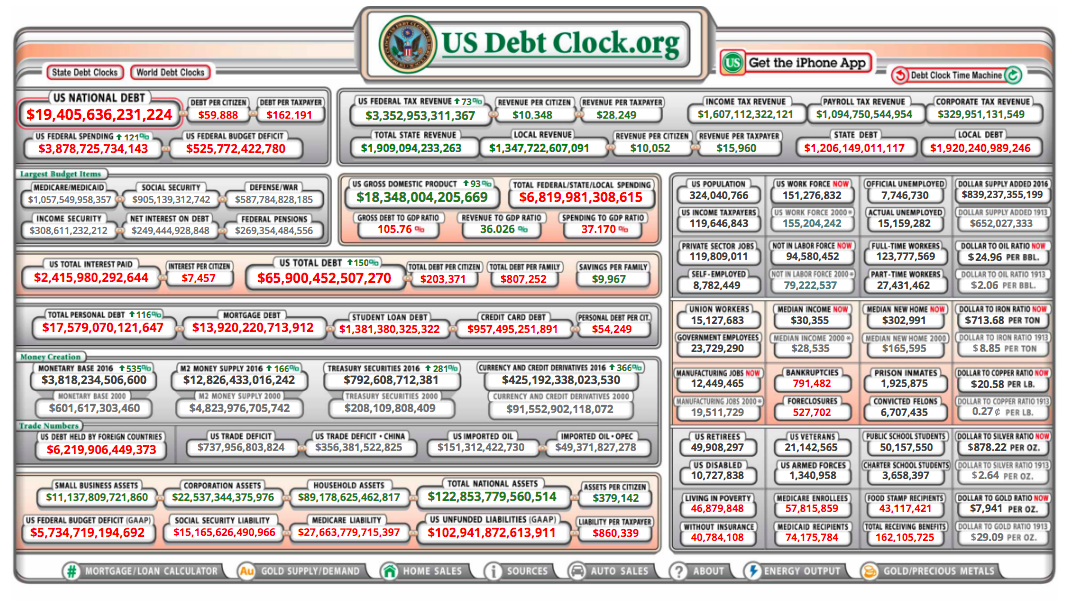