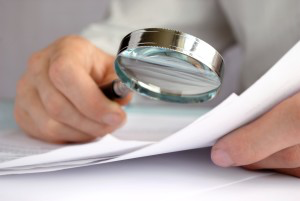 Workers want the right to work, and not have to pay a union for the privilege of working.

This week, the Bureau of Labor Statistics (BLS) released its annual report on union membership. It’s more bad news for Big Labor, which has seen a half-century decline in its membership rolls.

Despite spending millions of dollars on campaigns like the “Fight for $15 and a Union,” while receiving unprecedented help from a labor-friendly Obama administration, unions have seen little return on investment in their membership rolls. The Service Employees International Union (SEIU), for example, has roughly 34,000 fewer employees now than it did in 2011—the year prior to the start of “$15 and a Union.” (The SEIU’s 2016 filing—expected to be released in March—will likely reinforce the downward trend.) The percentage of employees in the food preparation and serving industry who belong to unions dropped from 4.1 to 3.9 percent in a year.

Employees nationwide are rejecting the union agenda and the left-wing politics that come with it. Since Wisconsin’s passage of Act 10—a state law allowing public employees to forgo union representation—about 60 percent of union members have left the Wisconsin Education Association Council (WEAC). WEAC membership dropped from nearly 100,000 employees to just over 36,000 members. A Rasmussen poll conducted before the election shows that only 20 percent of Americans see labor leaders as “do[ing] a good job representing union members.” Even among current or former union members, only 25 percent have a favorable view of union leadership.

Union bosses need a long, hard look in the mirror.