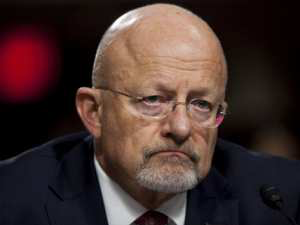 Intelligence officials are preparing a report at the request of members of the U.S. House Judiciary Committee to provide an estimate of how many Americans have had their personal data snapped up by federal surveillance.

Can anybody imagine this happening before Edward Snowden revealed the evidence that our own national intelligence apparatus was collecting huge amounts of our own communications data while trying to track down suspected terrorists? And yet he’s probably not going to be coming home soon, despite his role in helping correct bad privacy-destroying government policies.

How much will be released isn’t quite clear based on Reuters’ reporting. It’s nevertheless a promising development not just for government transparency but for Congress playing its role in serving as oversight over exactly how much authority these agencies should have. And the timing matters, as some of the National Security Agency’s surveillance authorities (under Section 702 of the Foreign Intelligence Surveillance Act) are up for review next year and Congress will have to act. Dustin Volz at Reuters notes:

Intelligence officials have said that data about Americans is “incidentally” collected under Section 702, due to a range of technical and practical reasons. Critics have assailed such collection as back-door surveillance of Americans without a warrant.

[Director of National Intelligence James] Clapper, who is stepping down next month, suggested in April that providing an estimate of Americans surveilled under Section 702, a figure some have said could tally in the millions, might be possible, while defending the law as “a prolific producer of critical intelligence.”

Clapper, we may recall, became well-known (seriously, would anybody be able to identify him prior to Snowden’s leaks?) for getting caught lying to the Senate about the extent that personal data from Americans’ communications was getting swept up in terrorism surveillance.

Several of the House members who signed on to this request directed to the Office of the Director of National Intelligence are also members of the relatively new Fourth Amendment Caucus, including caucus co-founders Rep. Ted Poe (R-Texas) and Rep. Zoe Lofgren (D-California). Keep an eye on them next year as they push for reforms to Section 702 to better protect Americans from secret government surveillance.