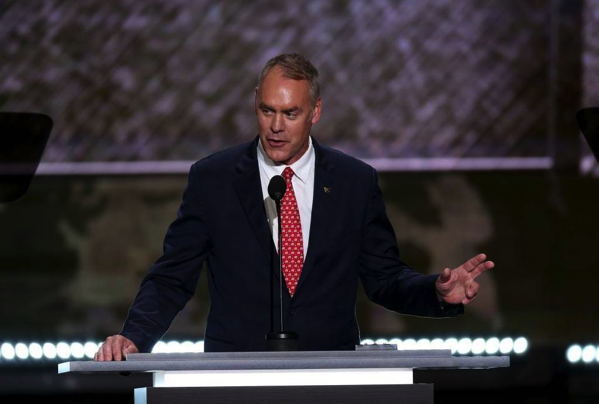 Trump nominates Montana Rep Ryan Zinke to head the Department of the Interior. Zinke is a strong supporter of coal.

Donald Trump’s nomination of Montana Rep. Ryan Zinke to lead the Interior Department could signal the revival of a much-debated coal-export terminal in Northwest Washington state that’s pitted industry groups and unions against environmental and community groups, and two Indian tribes against each other.

In Congress, Zinke has been a staunch supporter of the Gateway Pacific Terminal, a $600 million facility in Whatcom County, Wash., that would export about 48 million tons a year of coal mined in western states to Pacific Rim markets.

Zinke also wants to lift a moratorium on new leases for coal extraction on federal lands, 90 percent of which takes place in the Powder River Basin in Wyoming and Montana. The Interior Department imposed the hiatus earlier this year.

The U.S. Army Corps of Engineers denied a permit for the project in May, citing its impact on the fishing rights of the Lummi Nation. Zinke has countered that Montana’s Crow tribe would benefit from the project by sending coal mined on its lands to the new terminal.

“The Gateway Pacific Terminal is incredibly important to Montana, the Crow, and even to the blue-collar workers in Washington State because it is literally the gateway to economic prosperity and rising out of poverty,” he said in May. “It’s a sad day in America when even our Army Corps of Engineers can be wooed by special interests.”