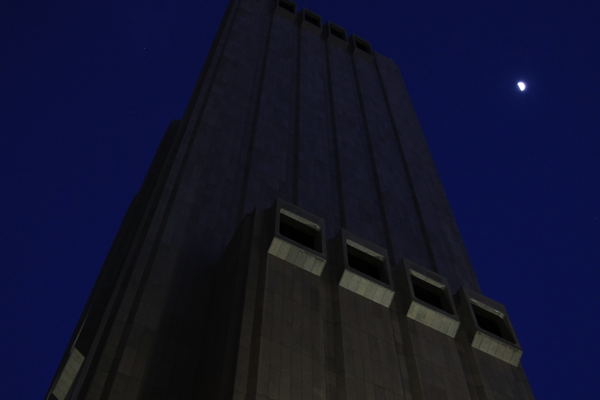 The NSA’s main spying hub is a 29 story skyscraper located in downtown Manhattan. The windowless building is located at 33 Thomas Street and housing three important switches for routing phone calls.

They called it Project X. It was an unusually audacious, highly sensitive assignment: to build a massive skyscraper, capable of withstanding an atomic blast, in the middle of New York City. It would have no windows, 29 floors with three basement levels, and enough food to last 1,500 people two weeks in the event of a catastrophe.

But the building’s primary purpose would not be to protect humans from toxic radiation amid nuclear war. Rather, the fortified skyscraper would safeguard powerful computers, cables, and switchboards. It would house one of the most important telecommunications hubs in the United States — the world’s largest center for processing long-distance phone calls, operated by the New York Telephone Company, a subsidiary of AT&T.

The building was designed by the architectural firm John Carl Warnecke & Associates, whose grand vision was to create a communication nerve center like a “20th century fortress, with spears and arrows replaced by protons and neutrons laying quiet siege to an army of machines within.”

If you are interested in NSA spying, you’ll want to read the entire article here.