Notice that the fake news was first spread by legit news sites that did not validate the rumor! 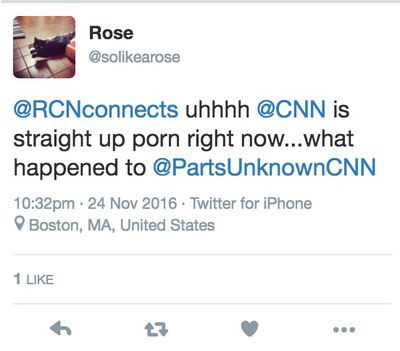 CNN has also released a statement: “The RCN cable operator in Boston aired inappropriate content for 30 minutes on CNN last night. CNN has asked for an explanation.” But that still doesn’t really verify that anything occurred.

@solikearose 800-746-4726. We have not had any reports of the programming issue you mentioned on CNN in Boston. If you’re still having an

@solikearose issue with that channel, please DM us your address so we can troubleshoot when you’re home. Thanks, Melissa