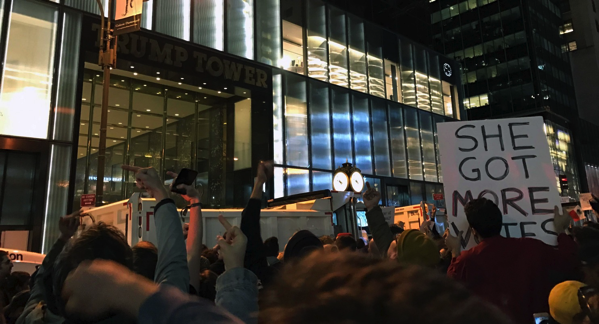 The theory goes, then, that the electoral college vote shouldn’t hew to the mostly winner-take-all tradition with which we’re familiar. Instead, since Clinton got more votes, those electors should support her, where possible, and hand her the presidency.

Is it possible? Theoretically. Will it happen? Ha ha ha ha ha no.

One theory for how the election could be thrown to Clinton is by having electors in states that aren’t legally bound to uphold the popular vote switch from Trump to Clinton. There are 25 states that mandate electors uphold the will of the electorate, meaning that there are 25 that don’t. (D.C. has a mandate; Virginia has enough of one that we’ll count it.) So in a state like Texas, which has no mandate, the 38 electors could, theoretically, all vote for Clinton. If they did, she’d have 271 electoral votes, and waltz into the White House. (We’re just going to set aside the cranky people who’ve already said they don’t want to vote for Clinton.)

Well, since Clinton did well nationally, why don’t we just divvy up every elector this way? (The total split.) If we do that . . . Trump does better, getting 279 electors to Clinton’s 259.