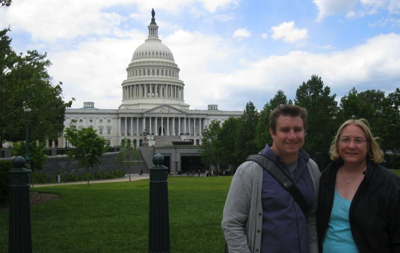 Six months after a Democratic National Committee staffer was gunned down on a Washington, D.C., street, suspicion that he may have been the source who passed incriminating DNC emails on to WikiLeaks persists despite his own parents’ strong doubts.

Seth Rich, who was killed July 10 and would have turned 28 earlier this month, worked as a DNC data analyst and had recently built a database for spurring voter turnout. Despite speculation — fueled by WikiLeaks’ founder Julian Assange’s own cryptic comments — that he may have provided some of the emails that rocked the 2016 presidential election, Rich’s father rejects such rumors.

“Anyone who knew Seth knew that wasn’t the way he would have handled the problem,” Rich’s father, Joel Rich, told FoxNews.com in an exclusive interview, calling Assange’s statements “bizarre.” “He would not go outside the system.”

Like the Washington police, Rich believes his son was more likely killed in a robbery gone awry.

“The reason Seth was killed is probably because he was just in the wrong place at the wrong time,” said his father. “There are all kinds of scenarios, but until something else is proven, these are just scenarios.”

Rich was a cheerful, compassionate person, who wanted to make a positive impact, said his father.

“Seth above all wanted to make a difference in the world,” Rich said of his son. “At work, Seth was able to extend his desire to make everyone feel included to the basic right to vote in American elections.”