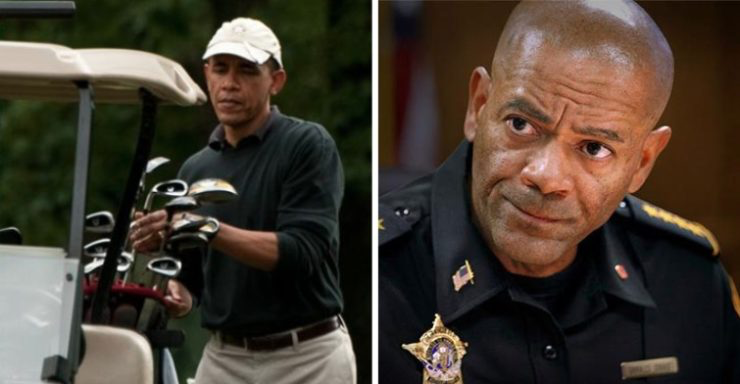 President Obama said in an interview released Monday that he could have beaten Republican presidential nominee Donald Trump “if I had run again.” In his most pointed critique yet, Obama said Hillary Clinton’s campaign acted too cautiously out of a mistaken belief that victory was all but certain.

“If you think you’re winning, then you have a tendency, just like in sports, maybe to play it safer,” Obama said in the interview with former adviser and longtime friend David Axelrod, a CNN analyst, for his “The Axe Files” podcast. The president said Clinton “understandably . . . looked and said, well, given my opponent and the things he’s saying and what he’s doing, we should focus on that.”

Sheriff Clark has the best response:

Yeah right. He would have won the 2016 US Open golf if he had played too. Obama couldn’t win N. Carolina for Clinton https://t.co/sn0XrCZo2z