On its closest-ever flyby of Saturn’s moon Mimas, NASA’s Cassini spacecraft has captured what may be the most detailed image to date of the celestial body.

In a picture released on NASA’s website, it’s not hard to see how Mimas got its nickname – the enormous Herschel Crater dominates both its surface and the image, making the icy moon look like the Death Star, a fictional mobile space station / galactic super-weapon created by the “Star Wars” movie franchise. 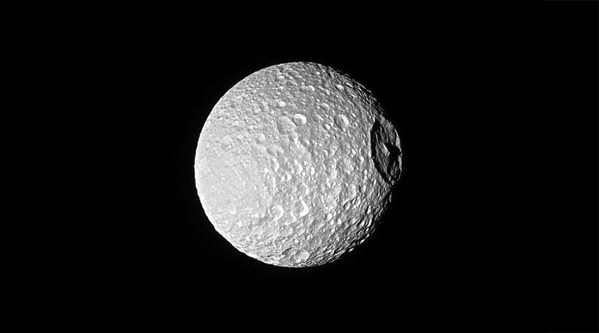