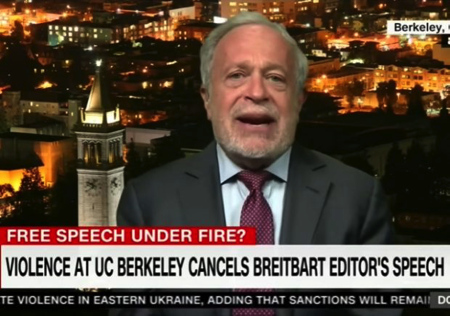 They belong to you. Own up or disavow them. But don’t blame them on the other guys. Mediaite has the details:

“I was there for part of last night, and I know what I saw and those people were not Berkeley students,” Reich said. “Those people were outside agitators. I have never seen them before.”

“There’s rumors that they actually were right-wingers. They were a part of a kind of group that was organized and ready to create the kind of tumult and danger you saw that forced the police to cancel the event,” Reich insisted. “So Donald Trump, when he says Berkeley doesn’t respect free speech rights, that’s a complete distortion of the truth.”